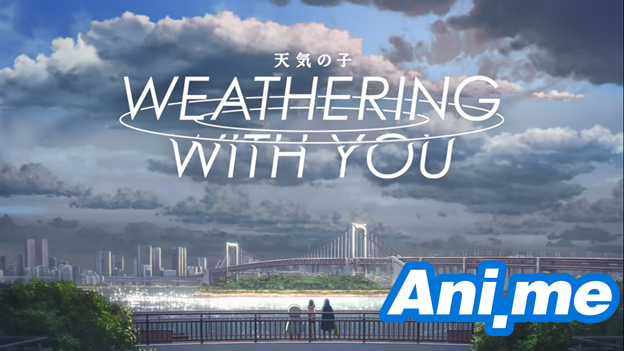 Need more reasons to go to Anime NYC? American distribution company GKIDS has just announced that they will be screening Makoto Shinkai’s latest smash hit, Weathering with You (Tenki no Ko) at the Anime NYC—a full two months before its scheduled January 17, 2020 North American opening! Weathering with You will be the convention’s closing film. Anime NYC will also be the film’s East Coast premiere.

The special advance screening will take place on Sunday, November 17, at the Anime NYC’s Special Events Hall. Seats will be limited—the venue seats 2,000+— but the organizers will start to accept RSVPs by early November. To get in, you’ll need an Anime NYC weekend or Sunday badge, with no additional payment required.

Anime News Network describes the movie’s story as such:

In the film’s story, high school student Hodaka leaves his home on an isolated island and moves to Tokyo, but he immediately becomes broke. He lives his days in isolation, but finally finds a job as a writer for a shady occult magazine. After he starts his job, the weather has been rainy day after day. In a corner of the crowded and busy city, Hodaka meets a young woman named Hina. Due to certain circumstances, Hina and her younger brother live together, but have a cheerful and sturdy life. Hina also has a certain power: the power to stop the rain and clear the sky.