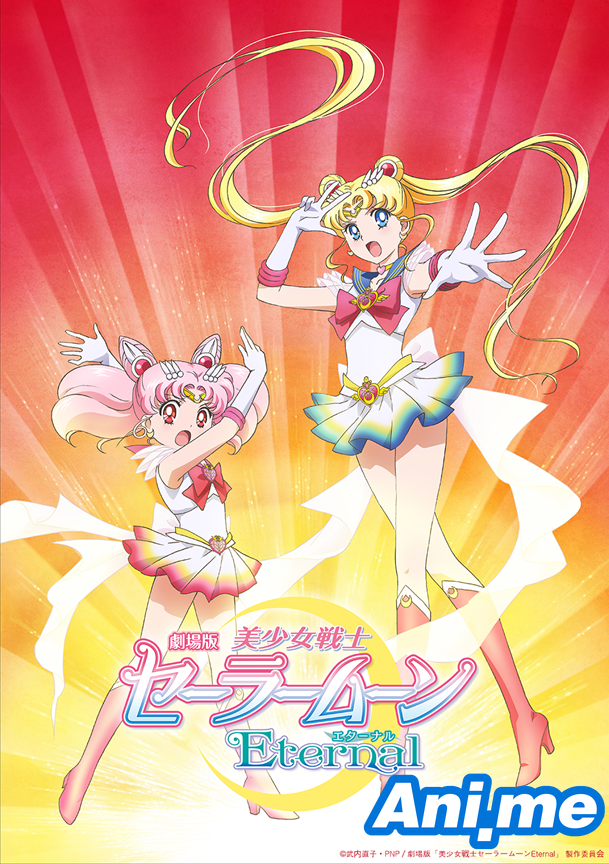 Finally an update on the much-awaited anime film project for the beloved Sailor Moon franchise: the official website of the upcoming two-part movie Bishoujo Senshi Sailor Moon Eternal has just announced that Studio DEEN will be animating the film alongside Toei Animation.

Studio DEEN has produced anime series of varied genres throughout the years, such as yaoi anime Sekaiichi Hatsukoi (2011) and Junjou Romantica (2008), yuri anime Sakura Trick (2014) and Maria-sama ga Miteru (2004-2009), and comedies such as Ranma ½ (1989), among many others. Their most recent works are Haven’t You Heard, I’m Sakamoto? (2016) and Kono Subarashii Sekai ni Shukufuku wo! (KONOSUBA God’s Blessing on this Wonderful World) (2016), among others. The studio also animated the first Fate/stay night anime series, which is largely panned by fans.

Most of the cast from Sailor Moon Crystal is set to return for the film, such as:

Toei confirmed some of the key staff that will be working on the film. Chiaki Kon, who directed the third season of Sailor Moon Crystal (which critics deemed an improvement from the first two seasons) will be returning to direct the two films. Character design will be done by Kazuko Tadano, who is credited for the same role in the original anime. The script will be penned by JoJo’s Bizarre Adventure’s Kazuyuki Fudeyasu, with the manga’s author herself Naoko Takeuchi serving as supervisor to the movies.