A new trailer for the upcoming My Hero Academia the Movie –Heroes: Rising— film was released this Friday on the movie’s official website. The trailer previews the movie’s theme song, “Higher Ground”, by Japanese rock band sumika. Check out the trailer here!

The website also revealed a cool new visual for the movie. 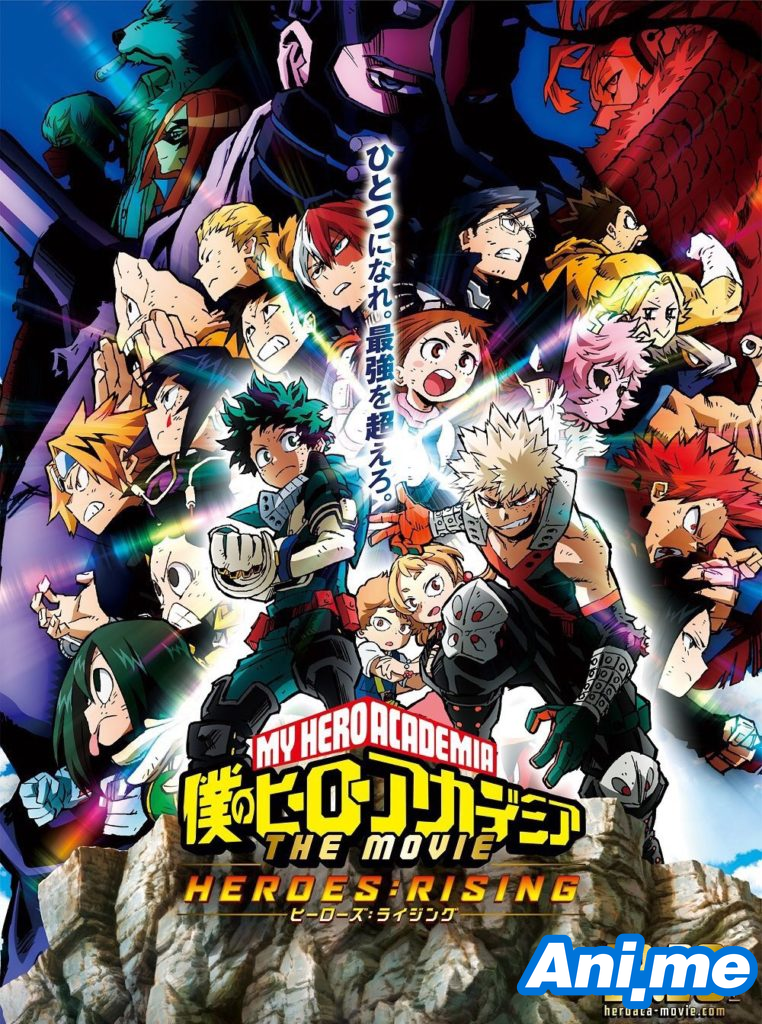 In addition, two new cast members were also revealed for the movie. Tomoyo Kurosawa (Kumiko Oumae in Sound! Euphonium) and Yuka Terasaki (Kudelia Aina Bernstein in Mobile Suit Gundam: Iron-Blooded Orphans) will play siblings Mahoro and Katsuma. Deku and the others meet the two siblings on Nabu Island, the movie’s setting. The two new characters are described as “hold[ing] the key to the story”.

Director Kenji Nagasaki and scriptwriter Yousuke Kuroda were earlier announced to be reprising their roles from both the film and the TV series. More staff returns were also announced along with the release of the new teaser, such as Yoshihiko Umakoshi who will still handle character design and Yuuki Hayashi who will compose the film’s music. Creator Kohei Horikoshi is also on board as the general supervisor and original character designer for the Heroes: Rising movie. The movie will be produced by BONES, who also handled My Hero Academia’s TV series and first movie.

During the Hero Fes event in Japan last August, manga author Horikoshi has stated that the movie will be the last for the franchise, because “there won’t be a third film. Probably.” He elaborated on this, saying that the film is a finale of sorts to My Hero Academia, because the battles and story concepts that will be seen in the film is how he envisioned the manga’s final battle. To lighten the mood his somewhat sad pronouncement caused, Horikoshi teased that the movie will be even more “Plus Ultra” than the first, as it will involve the entire class 1-A (unlike in the first movie, where some members of the class were relegated to smaller roles).

My Hero Academia the Movie –Heroes: Rising– is slated for a December 20, 2019 release.