Good news for those waiting for more news on the previously-announced anime adaptation of yuri manga Adachi to Shimamura (Adachi and Shimamura), as its two lead casts have been announced!

Akari Kito, who has voiced Blend S’ Kaho Hinata as well as (best imouto) Nezuko Kamado in Demon Slayer: Kimetsu no Yaiba (though we rarely get to hear her speak) will be playing Adachi Sakura. Shimamura Hougetsu will be played by Miku Ito, who is also starring in another yuri anime, Fragtime, as Misuzu Moritani. She also voiced Miku Nakano in Quintessential Quintuplets.

Along with the cast announcement was the reveal of line art for the two main characters. 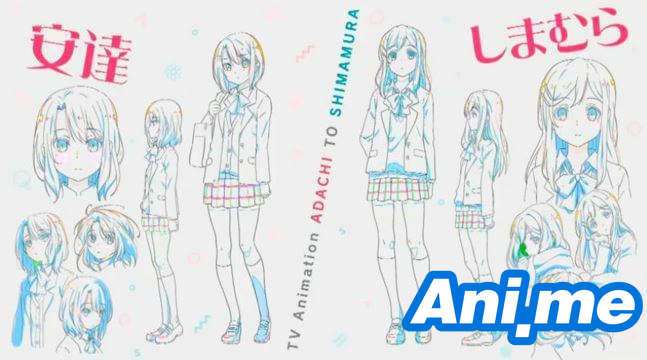 The announcement, which was made during the “Dengeki Bunko Aki no Namahoso Festival” this Sunday also revealed that the anime series is slated for a 2020 premiere on the TBS channel.

Adachi to Shimamura was launched in Dengeki Bunko magazine in 2013, with illustrations done by Non. The light novel series has released seven volumes so far, with the eighth to be released this Friday. In 2016, the light novel series was adapted into a three-volume manga series by Mani which was released on Square Enix’s Gangan Online website until 2017. Last March, author Iruma announced that a second manga adaptation of her work is on the way, with illustrations now to be done by Moke Yuzuhara. The new manga adaptation will be launched on May 25 in KADOKAWA’s Monthly Comic Dengeki Daioh.

The story follows high schoolers Sakura Adachi and Hougetsu Shimamura, whose friendship started when they first met each other on the second floor of their school gymnasium. The novel shows the two girls’ spending their days together doing activities such as talking to each other about their favorite TV shows and playing table tennis together. However, their ordinary days together undergo a subtle change when Adachi starts having romantic feelings for Shimamura.