A new promotional video was just released for the 2nd opening song of the anime adaptation of Atsushi Ohkubo’s Fire Force. The PV features the song “MAYDAY feat. Ryo from CRYSTAL LAKE” by rock band coldrain. The song will be used on the upcoming episode 15 of the anime, which will be aired in Japan on November 1.

MAYDAY feat.Ryo from CRYSTAL LAKE was included in the band’s sixth full album, which was released in Japan last August. Of the song band guitarist Y.K.C. said, “We think it is completed as a very heavy, cool, and dynamic song. We hope this ‘MAYDAY (feat. Ryo from Crystal Lake)’ will add grace to the TV anime ‘Fire Force’ as its opening theme.”

coldrain was formed in 2007 and debuted under VAP in 2008, eventually moving to Warner Music Japan where they stayed since 2017. This is the third time that the band will provide an anime theme song, their first being the song “8AM” which was used as the ED theme to the 2009 series Hajime no Ippo: New Challenger. In 2010, they performed the OP theme song of Rainbow: Nisha Rokubou no Shichinin entitled “We’re not alone”. 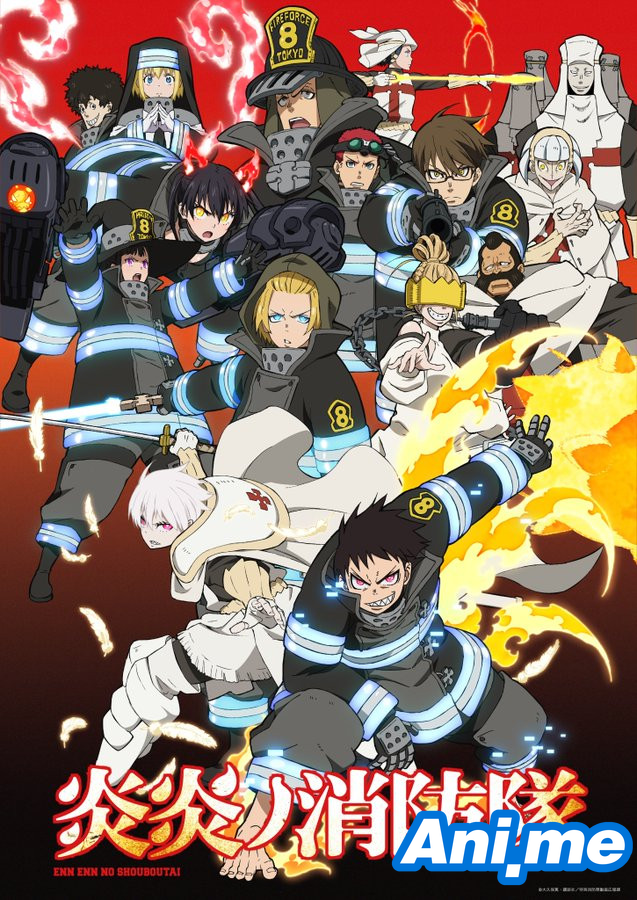 Fire Force is written and illustrated by Atsushi Okubo. It has been serialized in the Weekly Shonen Magazine since its debut in 2015. David Production adapted the manga into anime and premiered it last July. Anime News Network describes its story as such: