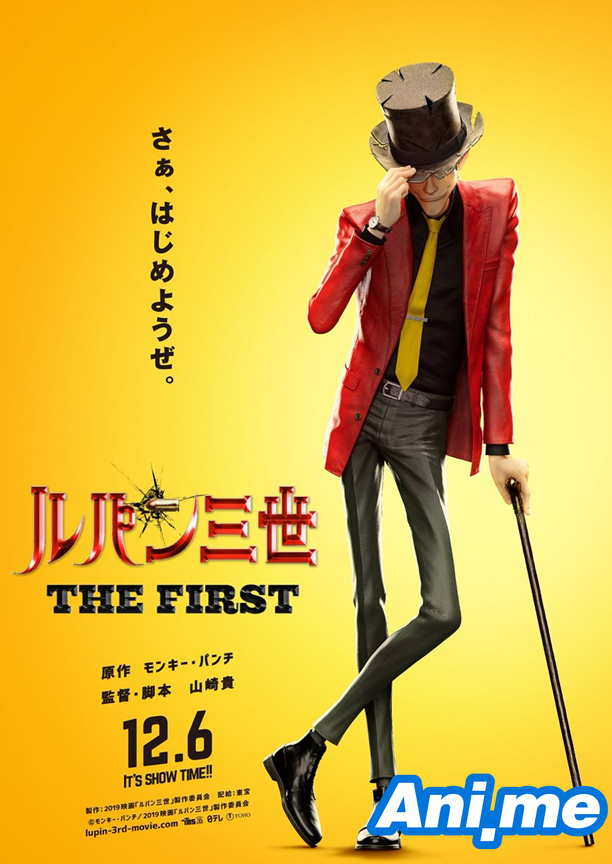 The official Youtube account of TOHO has just released two teaser trailers for the upcoming Lupin III THE FIRST, the first-ever 3DCG film of the franchise. Check them out here and here!

The teasers reveal the story of the film, which revolves around Lupin teaming up with a mysterious woman named Leticia in order to steal the Bresson Diary, a treasure that even the first Arsene Lupin failed to steal.

The guest cast named in the trailer are:

Takashi Yamazaki, who directed 3DCG films Stand By Me Doraemon and Dragon Quest: Your Story among others, will be directing and writing Lupin III THE FIRST.

Lupin III THE FIRST is the third in a series of films that started with 2014’s Lupin the Third: Jigen’s Gravestone and 2017’s Lupin the IIIrd Chikemuri no Ishikawa Goemon. Both films were directed by Takeshi Koike with scripts written by Yuya Takahashi. The latest film in the franchise is Lupin the IIIrd: Mine Fujiko no Uso (Fujiko Mine’s Lie), which was released in Japan last May 31.

While Lupin III’s creator Monkey Punch has passed away last April, the film’s official website posted an October 2018 message from the beloved manga author lasy July. In the message, Monkey Punch (Kazuhiko Kato in real life) reveals how excited he is for the new film and is eager to see how this fresh take on his character would turn out.

Lupin III debuted as a manga series in 1967 and was eventually adapted into a television anime series in 1971. Since then, Lupin III has gone on to become a highly-successful franchise, spawning six animated TV series, eight films, several video games, and other iterations for TV and other media.