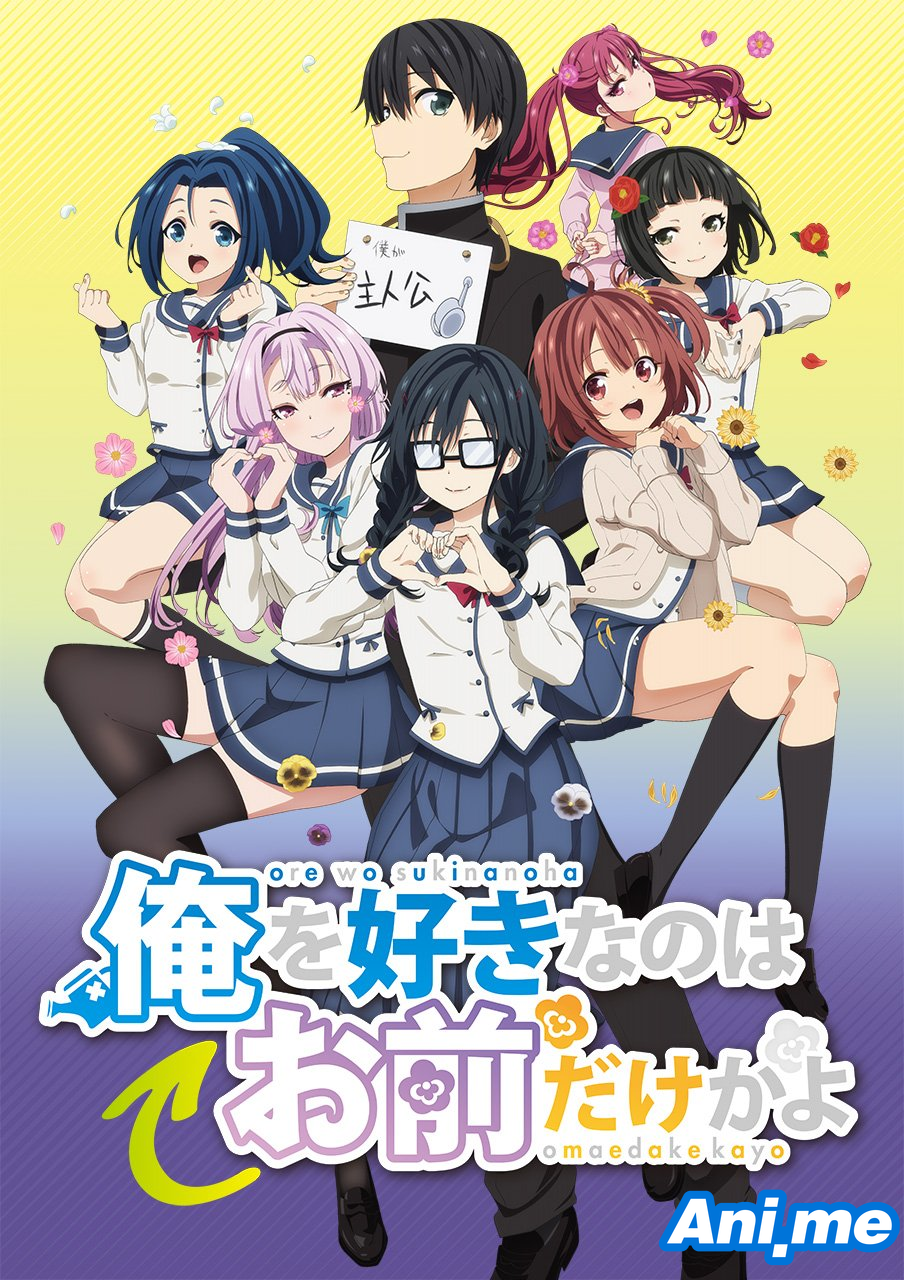 The official website for the upcoming adaptation of light novel series Ore wo Suki na no wa Omae Dake ka yo (Are You Really the One Who Likes Me) has just released a new promotional video for the anime series. You can check out the video here, which was also posted on their official Twitter account.

The video previews the OP song “Papapa” by Shuka Saito, who is popularly known as the voice actress of Love Live! Sunshine!!’s You Watanabe.

We also get to hear the anime’s ED song “Hanakotoba”, which is performed by the anime’s three main voice actresses: Haruka Tomatsu, Haruka Shiraishi, and Sachika Misawa.

Below are the main cast of the series:

Haruka Tomatsu as Sumireko Sanshokuin (or Pansy), a girl with glasses, braids, and a sharp tongue

Haruka Shiraishi as Aoi Hinata (or Himawari), the childhood friend

Ore wo Suki na no wa Omae Dake ka yo is directed by Noriaki Akitaya (all three seasons of Bakuman), with character design done by Shoko Takimoto (Armed Girl’s Machiavellism). The scripts will be written and supervised by the light novels’ author Rakuda.

In the romantic comedy series, Amatsuyu Kirasagi is invited out alone by the cool beauty upperclassman Cosmos and his childhood friend Himawari. Expecting to hear their confessions, he triumphantly goes to meet each of them in turn. But Cosmos and Himawari both instead confess to Amatsuyu that they like his friend. Amatsuyu fights this lonely battle, but there is another girl who is looking at him. She is a gloomy girl with glasses and braids. Amatsuyu finds that he hates her, because she’s always turning her sharp tongue only on him and finding enjoyment in his troubles. But it turns out that she’s the only one who actually does like him.

Ore wo Suki na no wa Omae Dake ka yo is slated for an October 2 premiere in Japan.