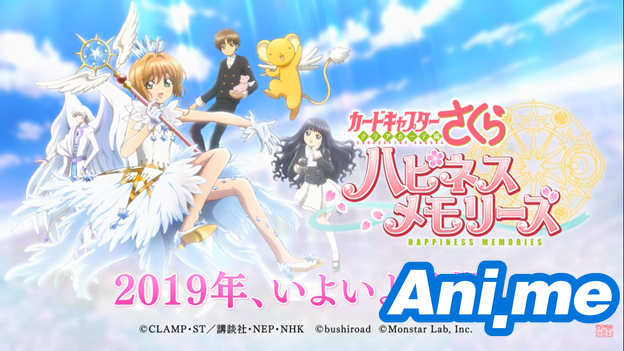 The description in the video says that the game will be released on October 3, which was different from the previously-stated summer 2019 launch last June.

Cardcaptor Sakura Happiness Memories also features the original voice cast of the anime series such as Sakura Tange as Sakura Kinomoto, Motoko Kumai as Li Shaoran, Junko Iwao as Tomoyo Daidouji, Aya Hisakawa as Keroberos, and Megumi Ogata as Yue/Yukito. Maaya Sakamoto will also be returning to sing the game’s theme song, “Flash”, which was written and arranged by Keiichi Tomita. Sakamoto has also performed other songs for the famous anime franchise, such as “Platinum” (Purachina) from the anime’s third season as well as the song “CLEAR” for the anime’s Clear Card arc.

The game, which is based on the manga’s Clear Card arc, tasks players to manage a miniature garden in Sakura’s hometown Tomoeda. Players get materials to reproduce Sakura’s costumes as mission rewards. Costumes that will be featured are not only limited to the ones seen in the Clear Card arc, as the game will also include costumes from other seasons of the anime. The game will also feature new illustrations and game-original stories.