“Smile Down the Runway” Manga Gets Anime Adaptation 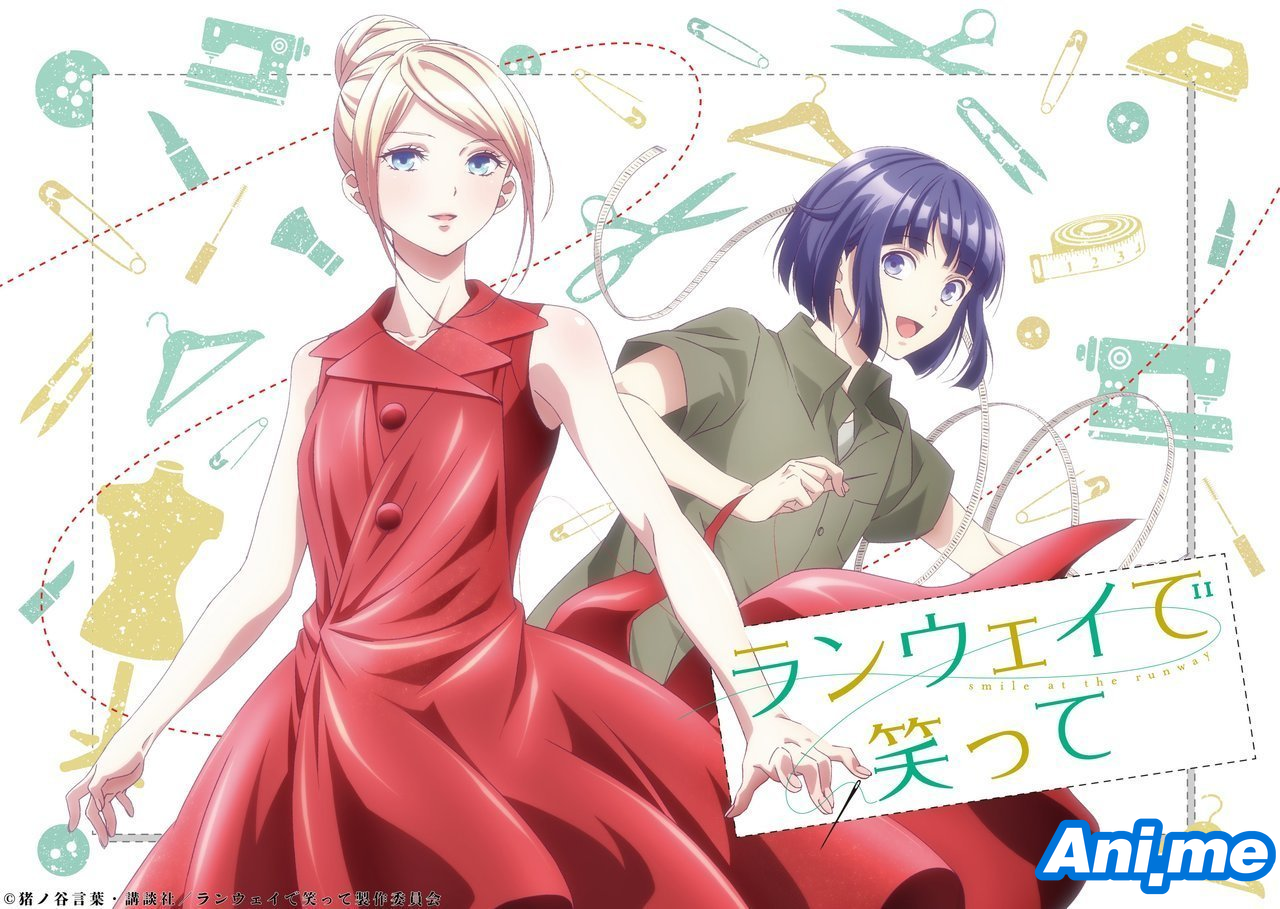 Fashion takes center stage in the just-announced TV anime adaptation of Kotoba Inoya’s manga Smile Down the Runway (Runway de Waratte). The newly-launched website for the series, which went live Monday, revealed that the anime adaptation is set to air on January 2020. The website also posted a promotional video on the series, as well as a teaser visual (see above). Check out the PV here!!

So far, only the two main cast have been announced. Female protagonist Chiyuki Fujito will be voiced by Yumiri Hanamori, who also lent her voice to Happy Sugar Life’s Asahi Kobe and Laid-Back Camp’s Nadeshiko Kagamihara, among others. On the other hand, male protagonist Ikuto Tsumura will be voiced by Natsuki Hanae, who also voiced Yuna D. Kaito from Cardcaptor Sakura: Clear Card Arc as well as Taichi Yagami from Digimon Adventure tri, among others.

Smile Down the Runway was released in May 2017 and has been serialized in Kodansha’s Weekly Shonen Magazine ever since. So far, 12 tankobon volumes have been released for the manga. The manga is also being released digitally by Kodansha Comics in North America.

Kodansha describes the manga’s story as such:

“Chiyuki Fujito has a dream: to become a Paris Collection model. The problem is, she’s too short to be a model, and everyone around her tells her so! But no matter what they say, she won’t give up. Her classmate, a poor student named Ikuto Tsumura, also has a dream: to become a fashion designer. One day Chiyuki tells him that it’s “”probably impossible”” for him, causing him to consider giving it up … ?! This is the story of two individuals wholeheartedly chasing after their dreams in spite of all the negativity that comes after them!”