A new trailer was recently revealed for the live-action film of fan-favorite horror franchise Hell Girl (Jigoku Shoujo). Besides giving us more glimpses of the film and its creepy feels, we also get to hear a preview of the film’s theme song entitled Figure. The song will be performed by Japanese pop-rock girl band GIRLFRIEND.

Check out the trailer here:

A new poster visual was also revealed for the film: 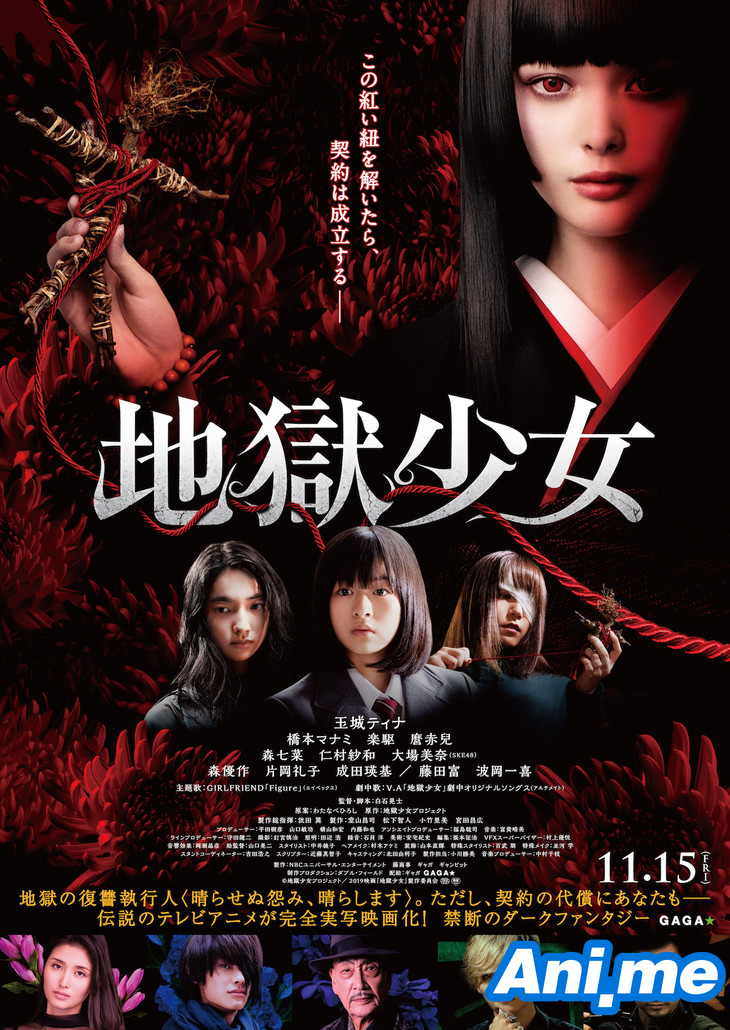 The live-action film stars model/actress Tina Tamashiro as lead character Ai Enma. The film will be directed by renowned horror director Kouji Shiraishi, who also penned the script for the movie. Some of his internationally known horror movies are Noroi: The Curse, Occult, A Record of Sweet Murder, and Sadako vs. Kayako. The Hell Girl live-action movie is also the reunion work of Shiraishi and Tamashiro, as they worked together on Sadako vs. Kayako in 2016. In that film, Tamashiro played one of the lead characters named Suzuka Takagi.

Below are the other confirmed cast members for the film:

Hell Girl premiered as an anime series in October 2005. Its cult popularity then lead to three more seasons, a live-action TV series, mangas, and a video game. Anime News Network describes the anime’s story as such:

"Somewhere in the vast sea of the Internet, there’s a website that can only be accessed at the stroke of midnight. Known as the Jigoku Tsushin, rumor has it that if you post a grudge there, the Jigoku Shoujo will appear and drag whoever torments you into the inferno. Very little is known about the girl—all we know for sure is that she lives with her equally enigmatic grandmother, that three magical straw dolls accompany and serve her, and that whenever a posting on the Jigoku Tsushin moves her, she becomes the Jigoku Shoujo.”

The Hell Girl live-action film is set for a November 15, 2019 release in Japanese theaters, Plot details of the movie are yet to be released.