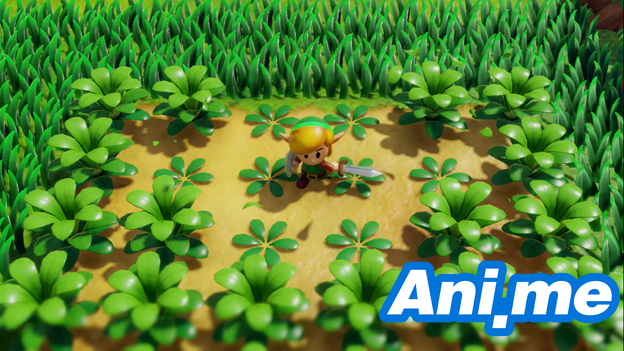 Nintendo has released this Wednesday an overview trailer of their remake of the 1993 Game Boy title The Legend of Zelda: Link’s Awakening. Check it out below!

Nintendo’s official website describes the game’s key features as such: • As Link, explore a reimagined Koholint Island and collect instruments to awaken the Wind Fish to find a way home. • Explore numerous dungeons, riddled with tricks, traps, and enemies, including some from the Super Mario series. • Meet and interact with unique locals to get help on your adventure. • Listen to a reawakened soundtrack that helps bring life to Koholint Island. • Earn Chambers (Dungeon Rooms) and arrange them to complete objectives in the all-new Chamber Dungeon. • Complete dungeons throughout the story to earn their rooms for the Chamber Dungeon. • Earn additional chambers in mini-games and by tapping any amiibo figure featuring a Legend of Zelda character. Link’s Awakening is set for a September 20 release on the Nintendo Switch. The Link’s Awakening remake was first announced during Nintendo Direct’s presentation last February, where they also released an announcement trailer. For those interested, you can also check it out below:

The game was first released in 1993 and was the first Zelda game for Nintendo’s Game Boy. It was re-released in full color for the Game Boy Color in 1998 as Link’s Awakening DX. First released in 1986 for the Famicom Disk System, Legend of Zelda was created by game designers Shigeru Miyamoto and Takashi Tezuka. The series revolves around Link, who is often given the task of saving Princess Zelda and saving the Kingdom of Hyrule from evil warlord Ganon. Link’s Awakening is the first Zelda game set outside of Hyrule, with the story set in Koholint Island. In this game, the player is tasked to search for eight musical instruments that will awaken the Sleeping Wind Fish, thus enabling Link to escape the island. Link’s Awakening is also one of the few games in the franchise that does not feature Princess Zelda. Source: Gematsu