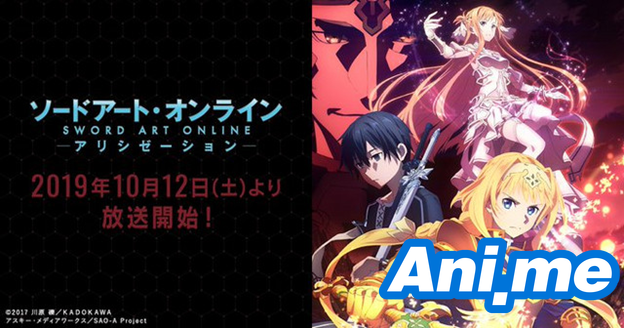 So far, Alicization has already adapted content from the light novel’s ninth volume “Alicization Beginning” up to the 18th volume, “Alicization Everlasting”.

The first half of the series aired a total of 24 episodes from October 2018 to March 2019. A week before the premiere of the second half, a special compilation episode entitled “Reflection” will be aired on all five channels mentioned above.

Sword Art Online: Alicization is the anime adaptation of the 4th arc of Reki Kawahara’s series of light novels. The anime is set to air for four cours, or four quarters of a year. It still follows main protagonist Kirito as he participates in the experimental testing of a new FullDive machine called Soul Translator, which utilizes a completely different technology from the other machines that preceded it. When Kirito’s encounter with a former member of the Death Gun plot ends disastrously, he is smuggled to a secret base in the Pacific Ocean. There he is connected to a Soul Translator to treat his brain damage. With his physical body in a comatose, Kirito wakes up in the Underworld, the place he visits using the Soul Translator, though he retains no memory of his time there. There he is hit by a nagging feeling of familiarity of everything around him, including a golden-haired boy named Eugeo. Who is Eugeo, and why does the name Alice seem to mean so much to him?