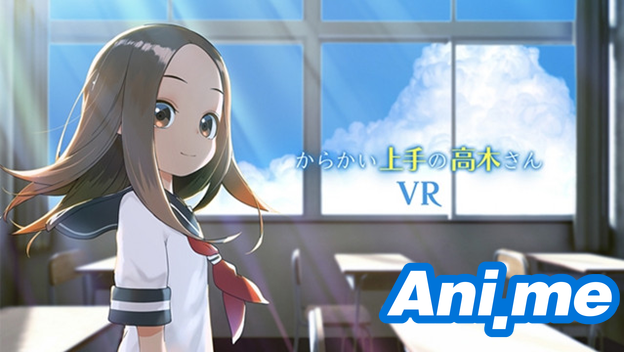 The future is here, and while we aren’t getting those flying cars yet we got something even better—Teasing Master Takagi-san in VR!

If getting teased by your crush is your thing, then this might be the answer to your woes. Kanagawa-based company Kayac has announced that they will be developing a VR project based on the romantic-comedy series Takagi Jozu no Takagi-san, featuring none other but our favorite girl, Takagi-san. But wait, before you go on putting your Oculus Quests, there’s still an important step before we can achieve such a noble and futuristic feat: the project should first gather a total of 15, 000, 000 yen (about USD 142,000) before it could get launched. Yes, friends, a crowdfunding has been launched for this project, and you can find this in the Japanese crowdfunding service Makuake.

Now, now, before you go throwing your money to this project, let’s take a look first at a sneak preview of the VR anime.

Through the Oculus Quest VR headset, users can experience Takagi-san’s lovable teasing through the eyes of male protagonist Nishikata. In fact, you can even walk home with her and even play some—gasp—beach volleyball! In addition to popular episodes in the manga, the VR will also feature new original stories for viewers to experience.

The crowdfunding will be open until 18:00 JST of October 30, 2019. If the project reaches the goal, the VR anime will be released in December 2019. You can view the crowdfunding campaign here.

Soichiro Yamamoto first launched Karakai Jozu no Takagi-san as a manga in 2013. In January 2018 the anime adaptation of Yamamoto’s manga aired, produced by Shinei Animation. The story centers on Nishikata who is always at the receiving end of his female classmate Takagi-san’s pranks. He vows to get back at her by attempting to prank her to make her blush, but his attempts always end up backfiring on him. As he tirelessly tries to make Takagi-san blush, could his “pranks” end up yielding an unexpectedly sweet and romantic result?