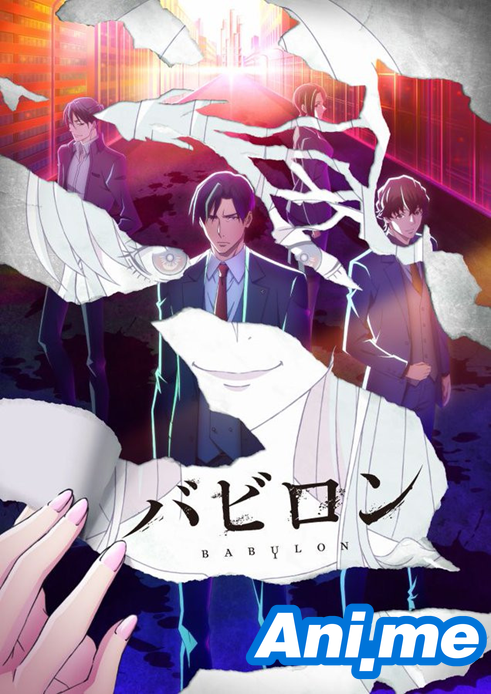 New anime alert! The first promotional video has just been released for the upcoming anime adaptation of Mado Nozaki’s Babylon novel series. Check it out below!

In addition to giving us an intriguing look at the anime, the PV also revealed the series’ October 2019 launch, with no exact date given yet. Babylon will premiere on the Tokyo MX and BS11 channels in Japan, and will also stream exclusively on Amazon Prime for viewers inside and outside of Japan.

Babylon is directed by Kiyotaka Suzuki (infini-T Force), with character designs to be helmed by Keisuke Goto (Fate/Grand Order ) and sound composition to be done by Yutaka Yamada (Tokyo Ghoul:re). The anime adaptation is produced by REVOROOT (FLCL Alternative).
The manga’s story centers on Zen Seisaki, a prosecutor with the Tokyo District Public Prosecutors’ Office. Along with his colleagues, he investigates the illegal acts of a pharmaceutical company to reveal a secret related to a newly developed drug. While investigating, he stumbles upon a conspiracy over an election to establish an autonomous “new zone” in western Tokyo.

Babylon is written by Mado Nozaki, with illustrations by Zain. It was first released in 2015 under Kodansha’s Kodansha Taiga label, with three volumes released so far. A manga adaptation drawn by Nobuhide Takishita was also serialized in Kodansha’s Comic Day website in February 2019.