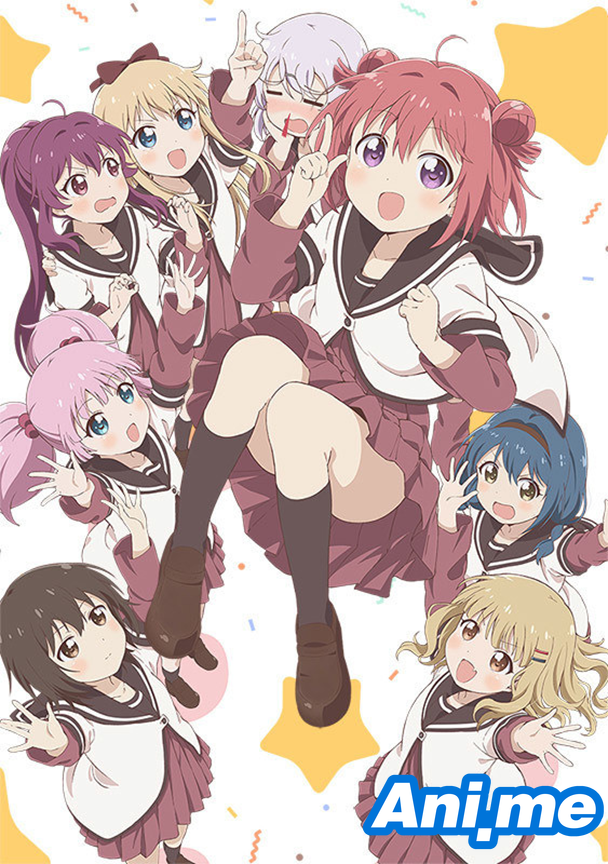 Slice-of-life comedy yuri manga Yuruyuri is celebrating its 10th anniversary this year with an OVA release! This was announced via the anime series’ official website.

The OVA project is the result of a successful Campfire crowdfunding campaign which ran from December 25 to February 15. The campaign collected a total of 87, 936, 374 yen from 4,567 backers, which exceeded the campaign’s goal of 10 million yen. Backers will receive a limited-edition Blu-ray starting mid-September. On the other hand, the general public will be able to buy the OVA starting November 13, 2019. Currently the item is already listed in Amazon Japan and will retail for 8, 800 yen (roughly $82.60).

The Blu-ray disc also comes bundled with a soundtrack CD that includes the TV size versions of new songs, ”Yuruyuri Tenya wanya”, which is the opening theme song of the OVA, and the ED song ”Ripitte Chime”. Along with the OP and ED songs is an audio commentary as well from members of the Nanamori-chu Goraku-bu, the school club featured in the series.

Yuruyuri (literally “Easygoing Yuri”) is a yuri manga series written and illustrated by Namori. It was first serialized in Ichijinsha’s Comic Yuri Hime S magazine on June 2008 and eventually moved to Comic Yuri Hime in 2010. In 2011, the manga was adapted into an anime series by Doga Kobo, which aired from July to September of that year. The second season aired the following year, and a third season aired in 2015.

The manga follows the daily lives of the members of the Nanamori Middle School’s Amusement Club (Goraku-bu): Akari Akaza, her childhood friends Kyōko Toshinō and Yui Funami, her classmate Chinatsu Yoshikawa, and their school’s Student Council.