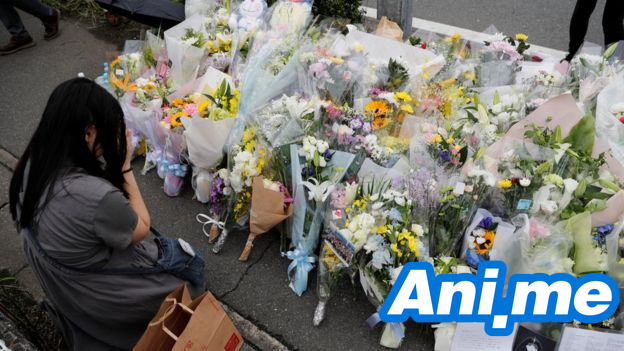 The deadly arson at Kyoto Animation’s 1st Studio Building is still fresh in our minds, even though it has been a month since the horrifying incident claimed 35 lives. Currently, 10 of these names have been released, funerals have been finished for most, but there have been few updates on the arsonist himself these past few weeks. While police already have custody of the 41 year-old suspect (whose name we will not publish on this site) he is yet to be formally charged for his crime.

According to reports, eyewitnesses claimed that they heard the suspect shouting ”They stole my novel” immediately after dousing the building with flammable liquid and setting it on fire. He also immediately admitted to his crime when he was caught by the police. Furthermore, CCTV footage around the area showed him pushing a cart with two canisters of flammable liquid, and police also confiscated several knives on his person. These evidences definitely merit him multiple murder charges and a death penalty, as per Japan’s legal system.

However, this might not be the case. It was reported earlier that the arsonist has a mental illness, as announced by Ryoji Nishiyama, head of the Kyoto Prefectural Police’s First Investigation Department. It was not stated, however, what exactly his mental illness was. As such, Japanese news organization Daily Shincho spoke with several psychological and legal experts regarding the possible cases against the arsonist.

According to lawyer Masaru Wakasa, the arsonist could be declared not guilty of his crimes if he was found “acting under a diminished mental capacity while carrying out the attack”, in accordance with Article 39 of the Japanese penal code. For psychiatrist Tamami Katada, the arsonist exhibited signs of schizophrenia or castrophrenia, also known as “thought withdrawal, in which a person believes that ideas are being forcefully taken from their mind by outside forces”. If it is found that the arsonist does have this condition, his culpability in the crime will be limited.

However, university law professor Osamu Watanabe disagrees with the earlier views. According to him, statements and eyewitness accounts regarding the suspect indicate clearly that his attack was premeditated and well-planned, with full understanding of the possible effects of his crime. According to Watanabe, “It would be strange to say he was even slightly incapable of understanding his actions, and I believe there is ample justification to pursue the death penalty.”