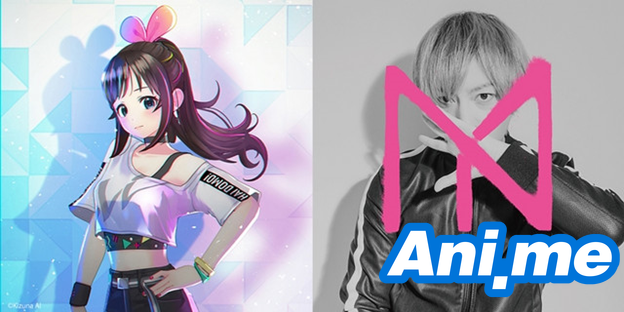 Just a few months after the release of her highly-successful song AIAIAI, Kizuna Ai is back to release a new song! Released on August 16 on music distribution services, her newest digital song Kizunami (cover) reunites her with famed producer Yasutaka Nakata, who also produced AIAIAI. Nakata is known for being the music producer of Japanese girl group Perfume, as well as model-turned-singer Kyary Pamyu Pamyu. He has also worked with other famous Japanese pop artists, such as Ami Suzuki and SMAP.

Kizunami (cover) is actually a cover version of Kyary Pamyu Pamyu’s song of the same name released in 2018 under Kyary’s fourth album, ”Japamyu”. The song was also originally produced by Nakata. Kyary’s original version was featured as the theme song in the 2018 anime film Monster Strike The Movie: Sora no Kanata.

Kizuna Ai started posting Youtube videos in November 2016 in her first channel, “A.I. Channel”. In March 2017 she opened a second channel, “A.I. Games”, which is dedicated to her playthroughs of different video games, usually upon request by her viewers. Her voice actress and staffs working around her are unknown, although it is speculated that she was created using the MikuMikuDance software and given facial expressions and human actuations through the use of motion capture technology. She has since become of the most popular Japanese virtual Youtubers, releasing a line of merchandise, toys, songs, and recently has held her own concert as well.