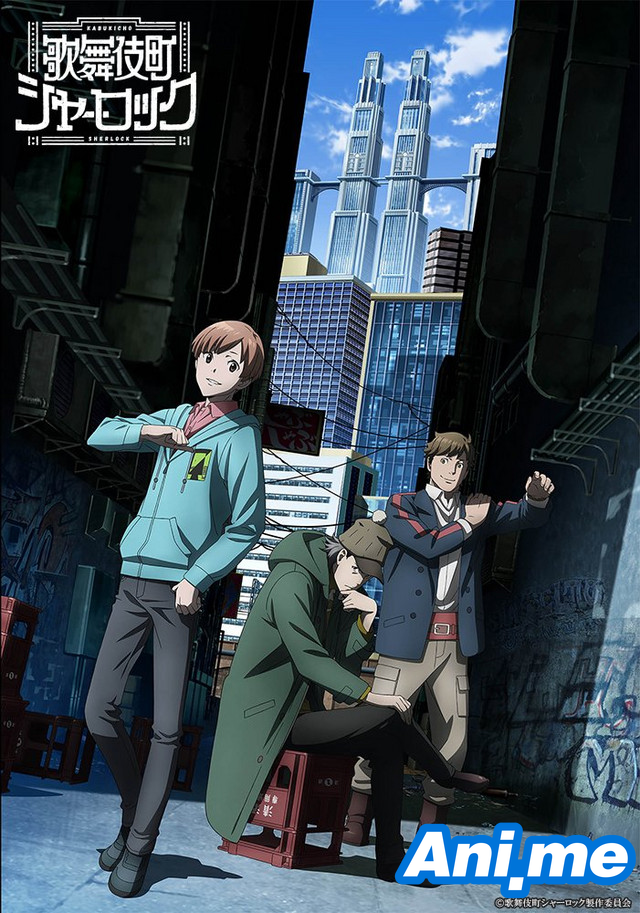 The official website of animation studio Production I.G. has just announced that their original TV anime series Kabukicho Sherlock will be part of the late-night programming block ”Animeism”. Furthermore, the animation studio has announced October 11 as the official release date of the series.

Kabukicho Sherlock is a modern-day reimagination of the Sir Arthur Conan Doyle’s characters as amateur sleuths living in modern-day Tokyo’s red light district trying to solve a series of killings dubbed as the “Jack the Ripper Murders”. The show’s official website describes the anime’s story as such:

”The East Side of Shinjuku Ward … The neon-lit Kabuki-chō district stretches across the center of this chaotic city. Where light shines, there are also deep shadows. Yet even deep in this darkness where evildoers lurk, the light of a detective tenement shines. The tenement run by Mrs. Hudson has seven peculiar, shady individuals.

The curtains has risen on this stage on the night when a bizarre murder by Jack the Ripper has occurred. Is this suspense? No, comedy? An indistinguishable drama is about to begin…”

Below is the third official trailer of the series, which you can also check out:

Kabukicho Sherlock is directed by Ai Yoshimura (My Teen Romantic Comedy SNAFU), with Taku Kishimoto (ERASED, Joker Game) in charge of writing the scripts. Character design is done by Toshiyuki Yahagi (Persona 5 The Animation) and music is composed by Takuro Iga (Tsuki ga Kirei). The anime’s OP is sung by EGO-WRAPPIN’.