The upcoming live-action film adaptation of Wotakoi (Wotaku ni Koi Wa Muzukashii or Love is Hard for Otaku) has just revealed a gloriously funny 30-second teaser trailer this Tuesday. It’s chock-full of the hilarious things we all loved in the series, such as Narumi going gaga over BL items in Comiket and Hanako in crossplay, among many others. Check it out below!

In addition, the official website of the upcoming live-action film also released a new teaser visual for the film. 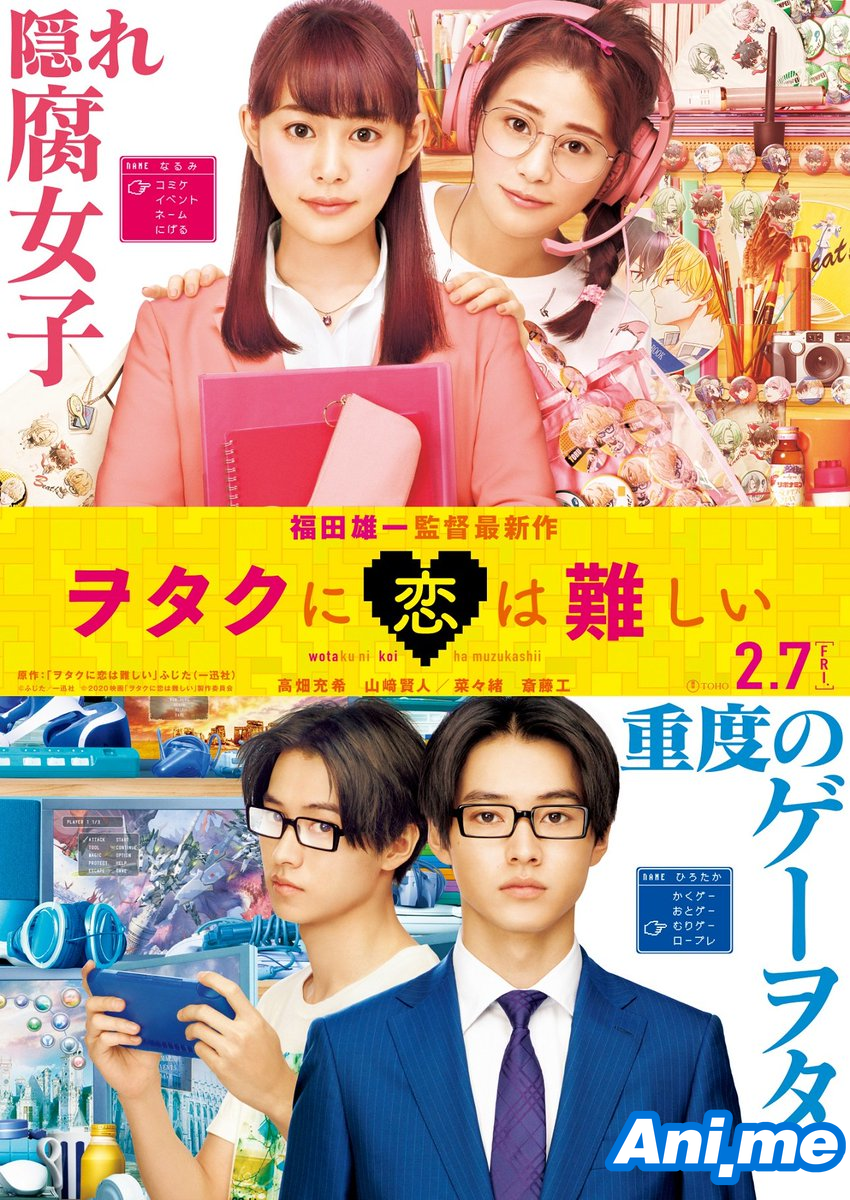 Yuichi Fukuda, who directed the live-action Gintama film, is directing the film.

Mitsuki Takahata will be playing the lovable fujoshi Momose Narumi, with Kento Yamazaki as her game otaku boyfriend Hirotaka Nifuji. The secondary leads were announced just last month, with Nanao to be playing Kabakura Tarou aka the shoujo-obsessed otaku. Takumi Saitou is set to play Hanako Koyanagi, a famous crossplayer and Narumi’s fellow BL fan.

The film is slated for a September 7, 2020 premiere. The film was originally set for a 2019 premiere but was pushed back for a year.

Wotaku ni Koi wa Muzukashii started as a Japanese webmanga series on Pixiv, written and illustrated by Fujita. Main character Momose Narumi is a hardcore fujoshi who tries her best to keep this side of her a secret from everyone, especially at work. When she starts dating her childhood friend and gaming otaku Hirotaka Nifuji, both of them navigate through the ups and downs of having a romantic relationship with a fellow otaku. Secondary couple Kabakura, a huge shoujo fan, and Hanako, a famous cosplayer, also find ways to deal with each other’s fiery personalities, with Hanako always taking advantage of Kabakura’s secret obsession with shoujo manga to always get her way with him.