Visual & Premiere Date Released for New “My Hero Academia” Film, Manga Author Says It Will Be The Last Film

The recently-concluded Hero Fes in Japan has some good and bad news for fans of hit superhero series My Hero Academia. Let’s get to the good news first: the title for the next movie has been announced! The franchise’s second film will be entitled My Hero Academia Movie . Along with this announcement is the release of a teaser poster for the film which features Bakugo, Deku, All Might, and the words, “You’re next”. Check it out below! 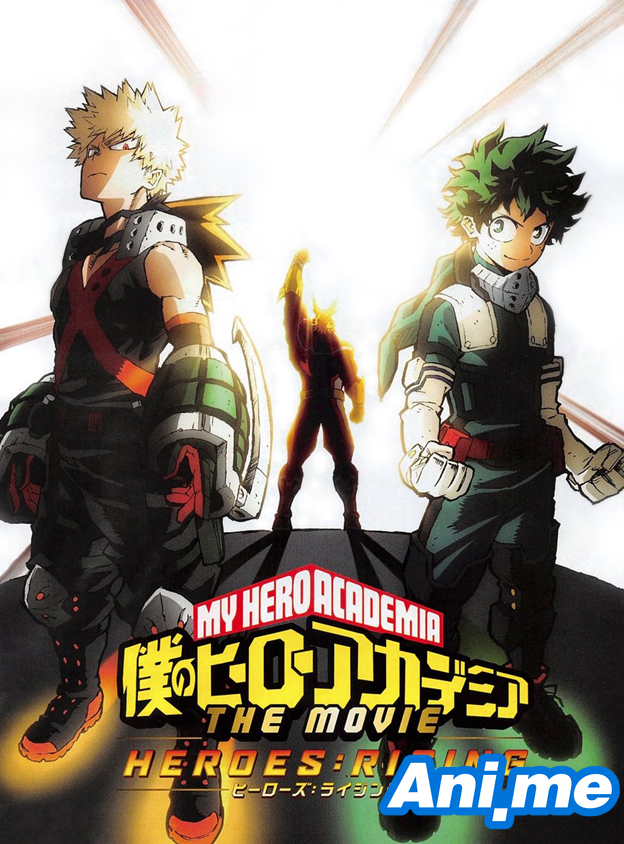 And we don’t have to wait long for the movie, as it was also announced during the event that Heroes: Rising is slated for a December 20, 2019 release. Sweet!

And now, on to the bad news: the manga’s creator Kouhei Horikoshi has also stated that the movie will be the last for the franchise, because “there won’t be a third film. Probably.” He elaborated on this, saying that the film is a finale of sorts to My Hero Academia, because the battles and story concepts that will be seen in the film is how he visualized the final battle in the manga. To lighten the mood his somewhat sad pronouncement caused, Horikoshi teased that the movie will be more “Plus Ultra” than the first, as it will involve the entire class 1-A (unlike in the first movie, where some members of the class were relegated to smaller roles). So yes, while it’s kind of a sad news, there’s some silver lining there. And we aren’t even totally sure if this will indeed be the last film—after all, the massive success of Horikoshi’s creation might just make him reconsider.

Most of the original staff for the TV anime and the first film were announced to return for the second film, such as director Kenji Nagasaki and screenplay writer Yosuke Kuroda. Creator Kohei Horikoshi is also on board as the general supervisor and original character designer for the Heroes: Rising.