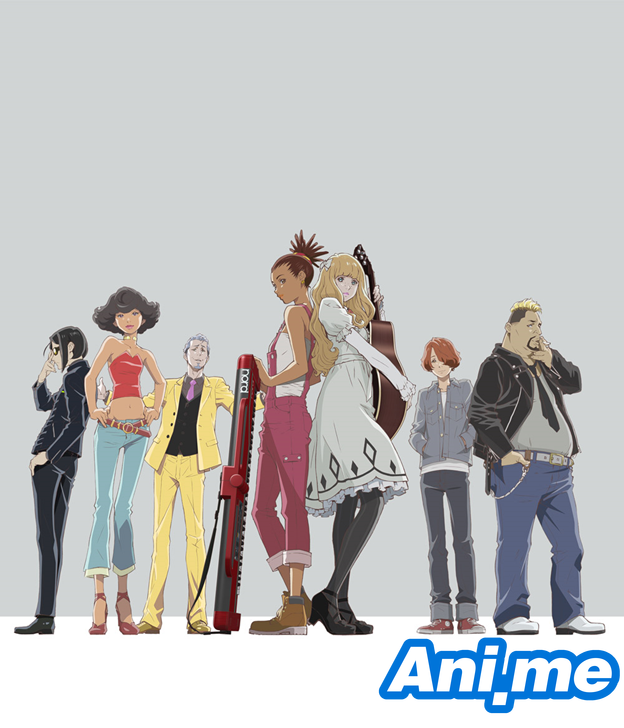 So I have just finished tearing up over the 12th episode of musical anime Carole & Tuesday, and while (SPOILER ALERT) our favorite duo lost Mars’ Brightest by default, they still get to debut! And our other favorite girl Angela won the contest (by default)! It’s a win-win situation all around, but their journey is far from over. The anime series is listed to have 24 episodes, so we are just at the halfway point of the show.

As such, it is time for a change in theme songs. The staff of Carole & Tuesday announced on Wednesday that the new OP song entitled ”Polly Jean will be performed by Nai Br.XX and Celeina Ann (the singing voices of Carole and Tuesday, respectively). The song is composed by musician and producer Keigo Oyamada aka Cornelius.

Our girl Angela will also get a share of the spotlight as well, as her singing voice Alisa will be performing the show’s new ED theme, ”Not Afraid”. The ED is composed by Norwegian producer and singer Peder Losnegård aka Lido.

Last year Studio Bones opened global auditions for the singing voices of main characters Carole and Tuesday, with singers Nai Br.XX and Celeina Ann winning the auditions. The series’ voice actors, on the other hand, are all Japanese, with Carole and Tuesday to be played Miyuri Shimabukuro and Kana Ichinose, respectively.

The series’ official site describes the story as such:

“Fifty years have passed since mankind began migrating to the new frontier: Mars.
It’s an age where most culture is produced by AI, and people are content to be passive consumers.

There’s a girl.
Scrapping a living in the metropolis of Alba City, she’s working part-time while trying to become a musician. She’s always felt like something is missing.
Her name is Carole.

There’s a girl.
Born to a wealthy family in the provincial town of Herschel City, she dreams of becoming a musician, but nobody around her understands. She feels like the loneliest person in the world.
Her name is Tuesday.

A chance meeting brings them together.
They want to sing.
They want to make music.
Together, they feel like they just might have a chance.

The two of them may only create a tiny wave.
But that wave will eventually grow into something larger…”

The series is directed by Motonobu Hori, with Shinichiro Watanabe of Cowboy Bebop as supervising director. The script is penned by Aya Watanabe and Eisaku Kubonouchi as original character designer. Carole and Tuesday marks Studio Bones’ 20th anniversary and Flying Dog’s 10th year in the industry. The anime is set to air for two cours, or two quarters of the year.