Congratulations are in order for the well-loved and internationally popular Love Live! franchise, as the multimedia project is celebrating its 9th anniversary on June 30! The franchise has indeed come so far since it was first unveiled in 2010 with that iconic illustration of lead character Kousaka Honoka in the Dengeki G’s Magazine. Now, the franchise is considered to be a juggernaut in the anime industry, has generated millions of revenue, and has kickstarted most of its seiyuus’ careers and set them for life.

As tribute to the multimedia franchise, key staff of Love Live! sent their congratulations on Twitter. Some even created original artworks to commemorate Love Live’s nine successful years. Check out some of them below!

First off, we of course have the handwritten greetings from the original story creator of Love Live! herself, Kimino Sakurako. Besides Love Live!, she is also known as the author of classic yuri anime series Strawberry Panic. (So that’s where all the yuri vibes in Love Live! come from…) 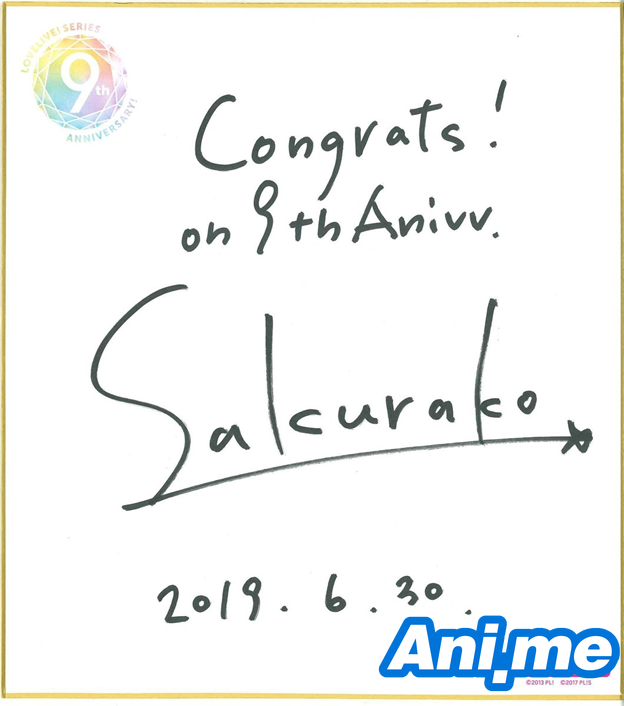 Next is from the director of both seasons of Love Live! School Idol Project, Takahiko Kyogoku. That μ’s sketch (and Koto-bomb!) just brings back all the nostalgia. BRB, gonna cry in a corner. 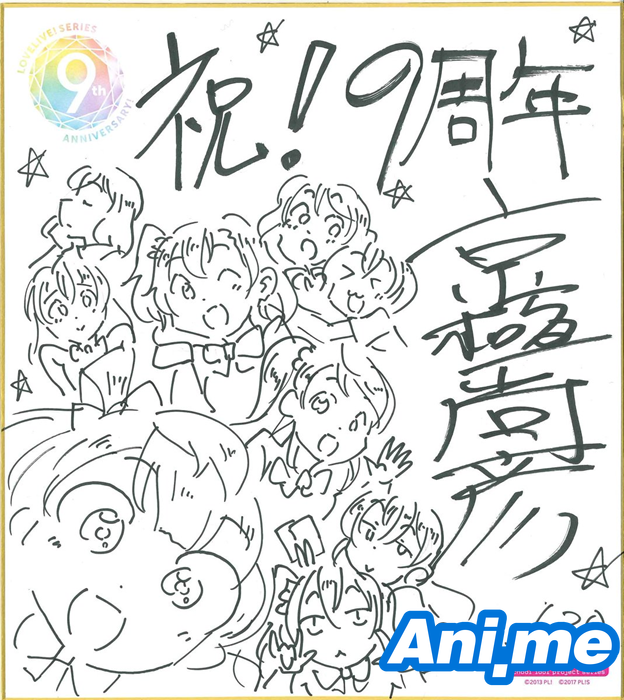 Here is a sketch of the group Aqours from Love Live! Sunshine!! director Kazuo Sakai. 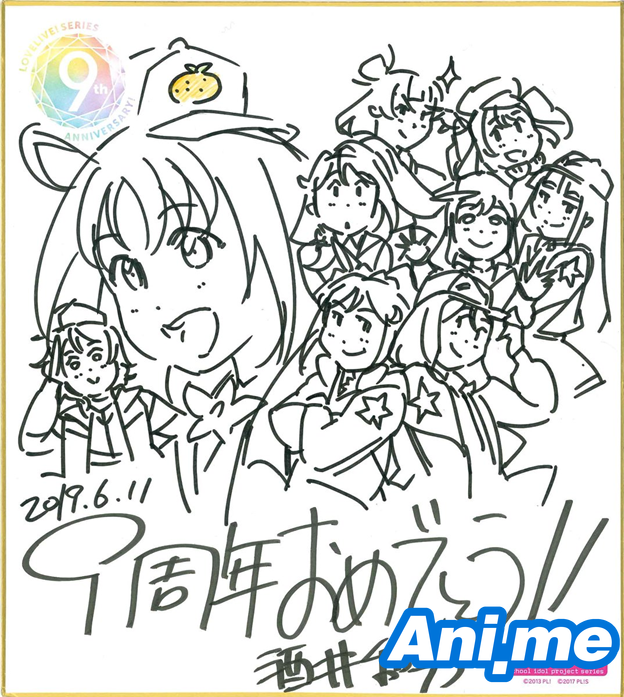 Jukki Hanada, the scriptwriter for both Love Live! School Idol Project and Love Live! Sunshine!!, also has a handwritten message of congratulations. 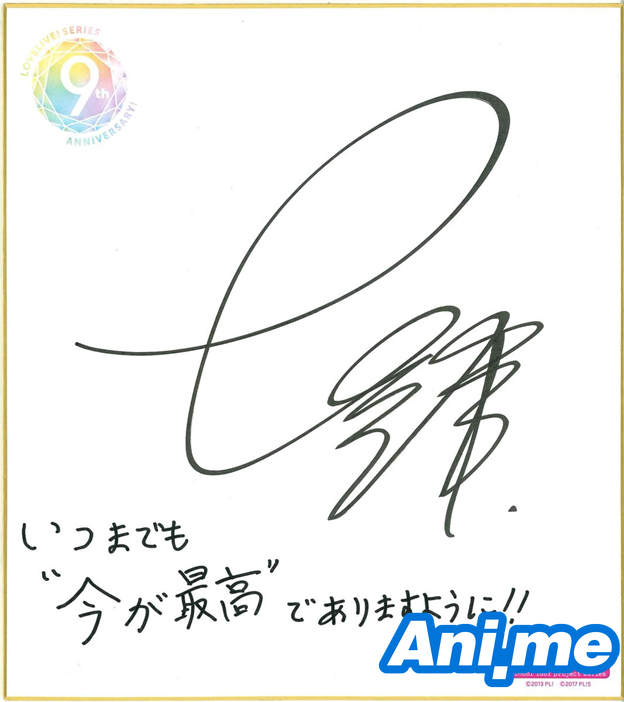 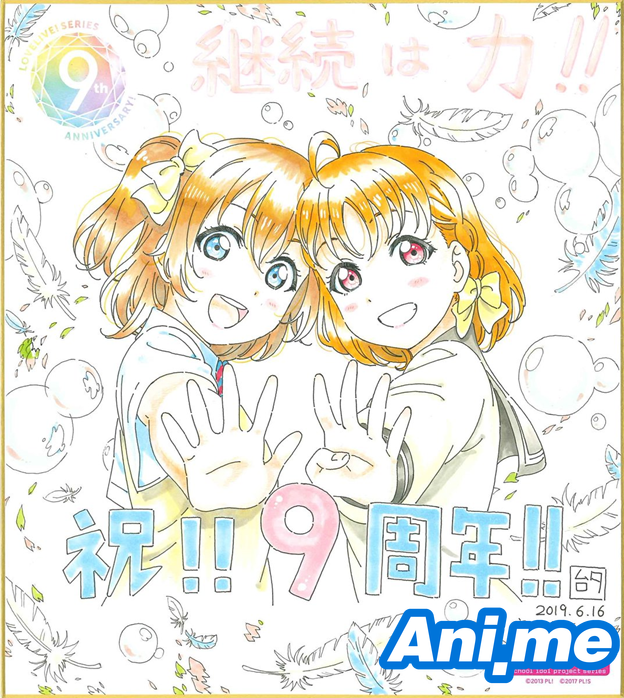 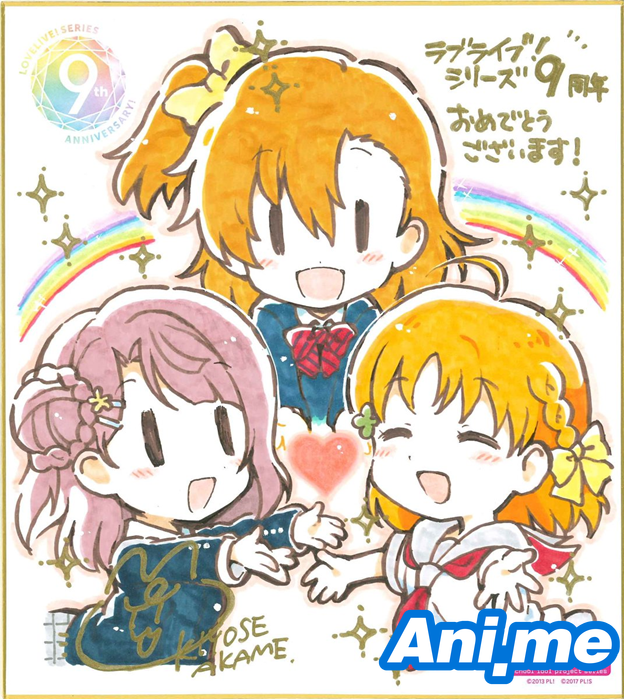 The franchise has also announced a grand anniversary concert next year, dubbed Love Live! Fest. The concert will bring together all three groups under the franchise: forerunner μ’s, current active group Aqours, and the successor group Nijigisaki Academy’s Idol Appreciation Club from the Perfect Dream Project. The concert will be held at the Saitama Super Arena on January 18 & 19, 2020, and will mark μ’s first reunion after three years and nine months since their last concert, μ’s Final Love Live! held at the Tokyo Dome from March 31 to April 1, 2016.