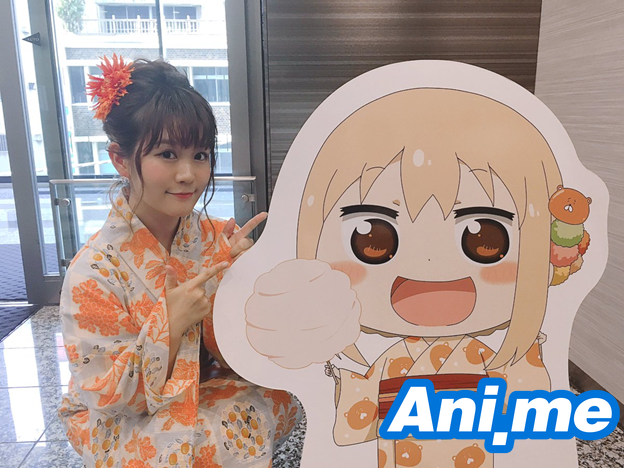 Voice actress Aimi Tanaka has recently made known to her fans via her Twitter account that she underwent an unspecified surgery some two weeks ago. She also allays fans’ worries by stating that she has already fully recovered and is set to return to work soon.

According to her tweet, she posted the said update as her fans have noticed that she has not posted anything for the past two weeks. Tanaka apologizes for this, and says that she prioritized recovering until she can safely work and do her daily activities. She ends her tweet by thanking everyone for their consideration, and assuring her fans that she will be back to work and will continue to do her best.

Aimi Tanaka has been voice-acting since 2013, usually landing minor, unnamed roles in anime series. Her first major voice-acting role was in 2015 for Himouto! Umaru-chan as the lead character herself, Umaru Domo. Her effective portrayal of the adorably weird Umaru-chan won the hearts of fans and ultimately led to her popularity.

Besides becoming popular with fans, Tanaka also earned accolades for her role as Umaru-chan, even winning the prestigious Best New Actress award at the 10th Seiyuu Awards in 2016. The year after, she reprised her role as Umaru Domo in the sequel anime Himouto! Umaru-chan R.
Anime News Network describes the anime’s story as such:

”The series centers around Taihei Doma and his little sister Umaru, who boasts beautiful looks as well as prowess in both school and sports. However, she has a certain secret. Everyone may think she is the ideal girl, but she is anything but. “Himōto” is a pun on “imōto” (little sister) and “himono,” which means “dried fish,” but in slang can refer to a woman who is proper in public but lazy at home.”

This year, Tanaka debuted as a professional singer, releasing her own mini-album entitled Cobalt under music label Wave Master.