“Kaguya-Sama: Love is War” VA Aoi Koga to Have a Guest Role in the Series’ Live-Action Film

In a somewhat rare case of 2D meets 3D, the voice actress of Kaguya Shinomiya, Aoi Koga, is set to make a special appearance in the Kaguya-sama: Love is War live-action movie! According to the live-action film’s official website, Koga will appear in the movie as a movie theater employee. In the picture below Koga, left, is together with her character’s live-action counterpart, Kanna Hashimoto. Talk about inception. 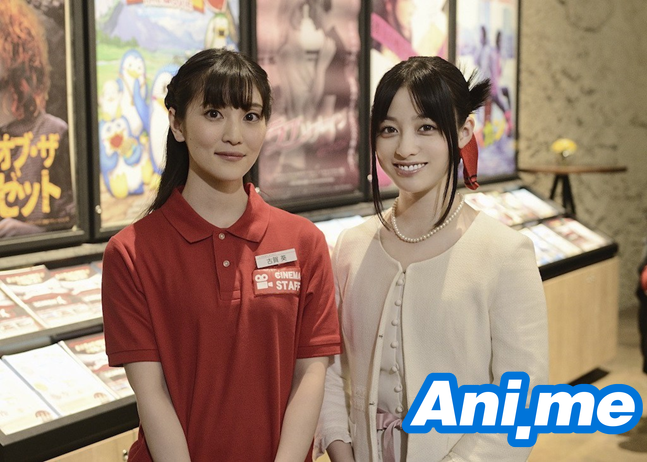 Other cast members for the film are:

The movie is set for a September 6 release in Japan. The live-action adaptation is directed by Hayato Kawai, who also directed the live-action films of My Love Story! and Nisekoi. Script will be written by Yuichi Tokunaga, who also handled the scripts for the live-action of Tonde Saitama and Princess Jellyfish series.

”All’s fair when love is war!

Kaguya Shinomiya and Miyuki Shirogane are two geniuses who stand atop their prestigious academy’s student council, making them the elite among elite. But it’s lonely at the top and each has fallen for the other. There’s just one huge problem standing in the way of lovey-dovey bliss—they’re both too prideful to be the first to confess their romantic feelings and thus become the “loser” in the competition of love! And so begins their daily schemes to force the other to confess first!”