Heads up, My Hero Academia fans! As you all well know, the premiere of the series’ much-anticipated 4th season is coming closer and closer. To hype fans up, the anime released character visuals on season 4’s new characters. Check them out below!

First off, we get to see the visuals for UA High School’s so-called “Big 3”, or the three third year students of the academy who stand above the rest of all the students because of their strength. Below is Mirio Togata, the strongest of the Big 3, who possesses the Quirk of Permeation or the ability to travel through solid walls and objects. His hero name is Lemillion. 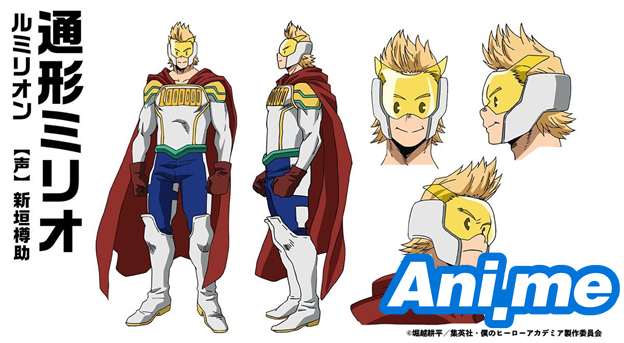 Second of the Big 3 students is the quiet and introverted Tamaki Amajiki, who goes by the hero name Suneater. His Quirk, Manifest, allows him to take on the characteristics of anything he eats, as long as it is still in his system. 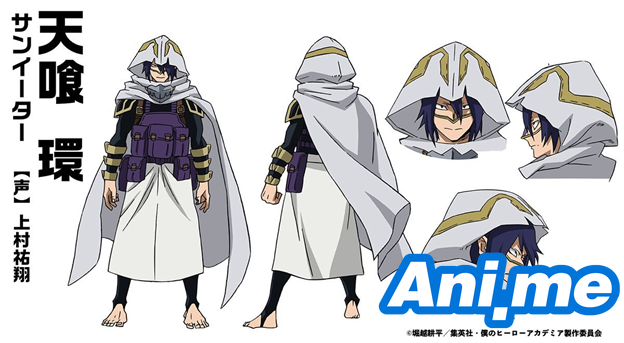 Last of the Big 3 is the happy-go-lucky Nejire Hado. Her Quirk is called Wave Motion, which allows her to convert her vitality into energy and then release it as shockwaves, blasting off her enemies. 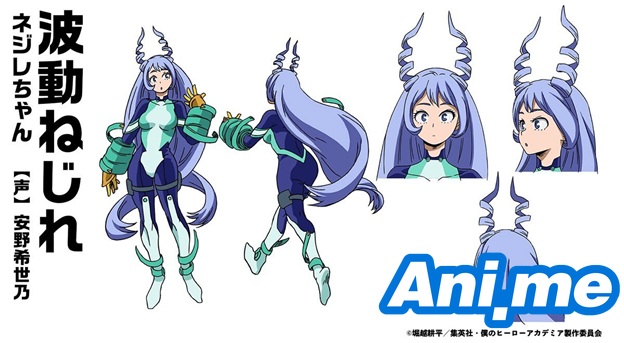 Besides the Big 3, we also get to see the character visuals of two new characters. A magazine scan reveals the visuals for Sir Nighteye (VA. Shinichiro Miki), the former Sidekick of All Might. 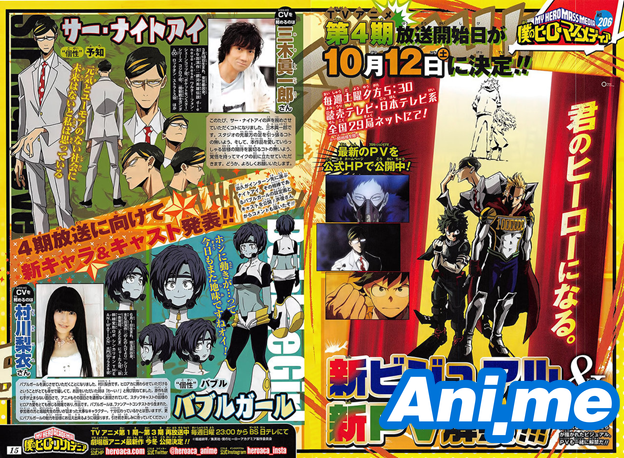 Joining him in the visual reveal above is the Pro Hero Kaoruko Awata (VA. Shino Shimoji), known by her hero name Bubble Girl.

My Hero Academia is a manga series written by Kohei Horikoshi, and is being serialized in the Weekly Shonen Jump magazine since 2014. It tells the story of Izuku Midoriya, who was born without a superpower or Quirk but still dreams of becoming a hero despite this. It was eventually adapted into an anime series by Bones, which premiered on April 2016. The success of the first season immediately prompted the release of a second and third season in 2017 and 2018, respectively. The fourth season is set to premiere on October 12, 2019.