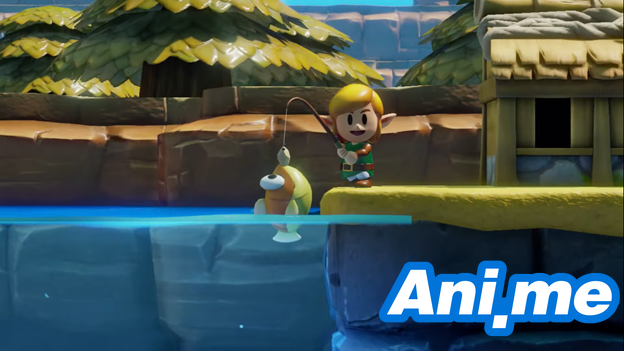 Another hot Legend of Zelda news fresh off the E3: Nintendo has announced a September 20, 2019 release date for the much-awaited remake of beloved Zelda title Link’s Awakening! Check out the trailer below!

The trailer gives us a good look on what to expect from the upcoming remake for the Nintendo Switch, including the fresh visuals, adorable 3D animation, and the retention of the same old top-down perspective, straight from the game’s first iteration in the old Game Boy handheld. For those old enough to have played the game during its first iteration (now don’t be shy, raise your hands now), watching the trailer above and seeing the old gameplay rendered in full 3D and gorgeous colors gives us all the feels. Yes, we are old.

The Link’s Awakening remake was first announced during Nintendo Direct’s presentation last February, where they also released an announcement trailer. For those interested, you can also check it out below:

The game was first released in 1993 and was the first Zelda game for Nintendo’s Game Boy. It was re-released in full color for the Game Boy Color in 1998 as Link’s Awakening DX.

First released in 1986 for the Famicom Disk System, Legend of Zelda was created by game designers Shigeru Miyamoto and Takashi Tezuka. The series revolves around Link, who is often given the task of saving Princess Zelda and saving the Kingdom of Hyrule from evil warlord Ganon. Link’s Awakening is the first Zelda game set outside of Hyrule, with the story set in Koholint Island. In this game, the player is tasked to search for eight musical instruments that will awaken the Sleeping Wind Fish, thus enabling Link to escape the island. Link’s Awakening is also one of the few games in the franchise that does not feature Princess Zelda.