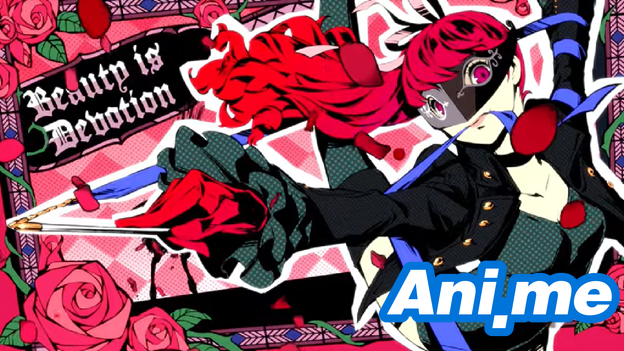 After weeks of teasers and sneap peeks, we finally get a significant look at Persona 5 The Royal’s new female character, Kasumi Yoshizawa! Just this week Atlus revealed a trailer that finally shows Kasumi in action, along with her persona Cendrillon (who is based on the fairy tale character Cinderella). Check out the exciting trailer below!

Now let’s dive into the trailer, because we get some really interesting bits. The trailer starts with Kasumi walking past Joker and skillfully wielding her rapier, saying, “I’m returning the favor right now.” What is this favor she’s talking about?

The next scenes then show us Kasumi and Joker’s playful and casual friendship: their time in the batting cages (with Kasumi proclaiming, “First, I’m going to show you what I can do!”, after which she promptly fails to hit any of the balls LOL), eating out at a diner in Shibuya, (where she expresses gratitude for the food by saying, “Now I’ve recharged my body and soul!”), and Kasumi playfully trying (and failing) to surprise Joker in what appears to be a souvenir shop in Hawaii (so she WAS there during the Hawaii trip???).

The most important part, however, is the scene where we get to see Kasumi awakening to her persona. It appears that she awakens to her persona in a different Palace, with Morgana and Joker as witnesses. We then get a glimpse of her Cendrillon, where she proclaims, “Now me and Cendrillon are one.”

We then see that her persona’s main attribute appears to be fire (just like Ann?) and together with Joker and Morgana, they perform an all-out attack. It is here that we see her stylish battle-finish title card with the words, “Beauty is Devotion”, along with a gorgeous sequence of her twirling with a ribbon-wand and stating, “I know you’ve helped me a lot of times. One day I’ll be sure to repay it all back.” OKAY so what is this repaying stuff all about??

Atlus has also revealed that they plan to release a 13, 800 yen Straight Flush Edition of Persona 5 The Royal, which will launch alongside the standard game version in Japan on October 31. The Straight Flush Edition comes with a lot of goodies, such as a Shigenori Soejima-illustrated box along with an art book, soundtrack, t-shirt, and a Phantom Thieves DLC costume set.

The Western release is set on an unspecified date in 2020, with no details yet on special edition goodies.