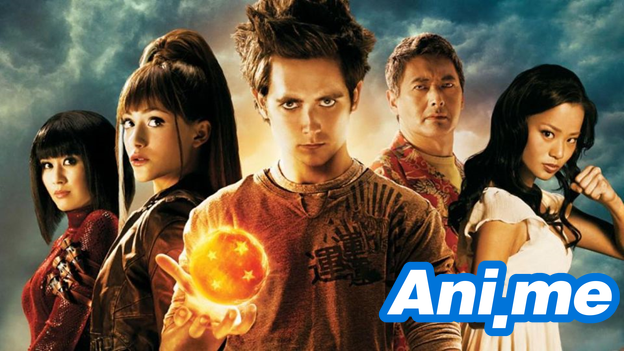 These days it appears that we are getting a lot of news about Hollywood live-action remakes of Japanese anime or video games. There is the upcoming live-action remake of Makoto Shinkai’s worldwide hit Your Name, which will be directed by 500 Days of Summer’s Marc Webb. Most recent is the just-confirmed Taika Waititi-directed live-action remake of anime classic Akira, which has long languished in development hell. And then there is the recently-postponed Sonic the Hedgehog movie, driven by netizen’s absolute disgust for Sonic’s character design.

And then there is that one film which always pops up in discussions of the above-mentioned titles, that one film that is always cited when debates for or against live-action remakes take place: Dragonball: Evolution. Dragonball: Evolution became the poster boy for Hollywood’s unnecessary meddling into quality anime content, and ultimately sealed the deal for most fans that Hollywood remakes are never, and will never be, a no-go.

The internet is rife with fans’ angry opinions about the film, but the opinion we ever rarely hear about the film is from the people involved with Dragon Ball themselves. Fortunately for those of us who are curious, Kazuhiko Torishima’s comments on the detested Hollywood remake recently came to light. Torishima was once involved with Akira Toriyama, creator of Dragon Ball, as one of his editors during the early arcs of the series.

To which the esteemed editor answered, without mincing his words: “It was my biggest failure in regards to screen adaptation.” He further added that after the movie became such a resounding failure, he consulted with Hollywood lawyers and found out that they’d have to invest a total of $45 million just to have a say in the movie’s script and production process. That price, however, was already 60-70% of Shueisha’s yearly profit at that time, so they had no choice but to forego of their right to veto in the movie.

He expressed regret that he did not gamble that amount into the film, saying further, “"Knowing what I know now of Hollywood, I would have said, ‘Pay the 5 billion. In exchange, I want the distribution rights in Asia. I’ll make sure you get a return on the money.’ I would have negotiated and gotten the veto rights”.

Released in 2009, Dragonball: Evolution was directed by James Wong, with script written by Ben Ramsey. In 2016, Ben Ramsey issued an apology to Dragon Ball fans for the way he wrote the script, admitting that he “went into the project chasing after a big payday, not as a fan of the franchise but as a businessman taking on an assignment”.

The manga may be ending soon, but the anime is far from that. The official website of the TV anime adaptation of Atsushi Ohkubo’s Fire Force (En En no Shouboutai) has recently unveiled an ultra-fiery new trailer.
More Stories