2nd ‘Made in Abyss’ Compilation Film to Premiere in the US on May 27! 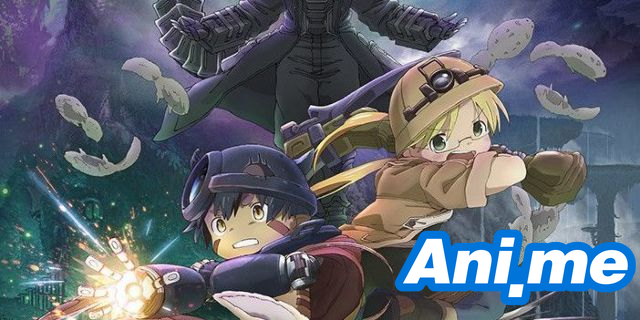 It was announced on Tuesday by Sentai Filmworks they will be screening the 2nd Made in Abyss compilation film titled Made in Abyss: Wandering Twilight on May 27 in the United States. The company also confirmed that that bonus features like interviews and behind-the-scenes content will be included in the screening.

To those who want to watch the movie a little early before the official U.S. premiere, Anime Central will be screening the film on May 17 at the Hyatt Regency O’Hare and at Donald E. Stephen Convention Center in Rosemont, Illinois. This specially screening will have a red-carpet event with special guests like director Masayuki Kojima, composer Kevin Penkin, and music producer Hiromitsu Iijina to have a Q&A session.

The first compilation film Made in Abyss: Journey’s Dawn opened in U.S. theaters on March 20 and 25. An earlier premeire happened on March 15 at Regal Cinema (L.A. LIVE) in Los Angeles. The third film, Made in Abyss the Movie: Dawn of the Deep Soul will premiere in Japan in January 2020.

Made in Abyss: Wandering Twilight follows Riko and Reg on their adventure through the Abyss, picking up directly after the events of Made in Abyss: Journey’s Dawn. Riko has learned the truth of her origins, and in the process the mystery surrounding her mother’s death has deepened. More determined than ever to travel to the bottom of the Abyss, Riko and Reg leave Ozen’s Seeker Camp and delve into the treacherous Third Layer — and beyond, to depths brimming with supernatural creatures, unexpected allies and deadly enemies. Perilous, poignant and spectacular in turns, this continuation of Riko and Reg’s journey is sure to leave fans of MADE IN ABYSS absolutely spellbound.