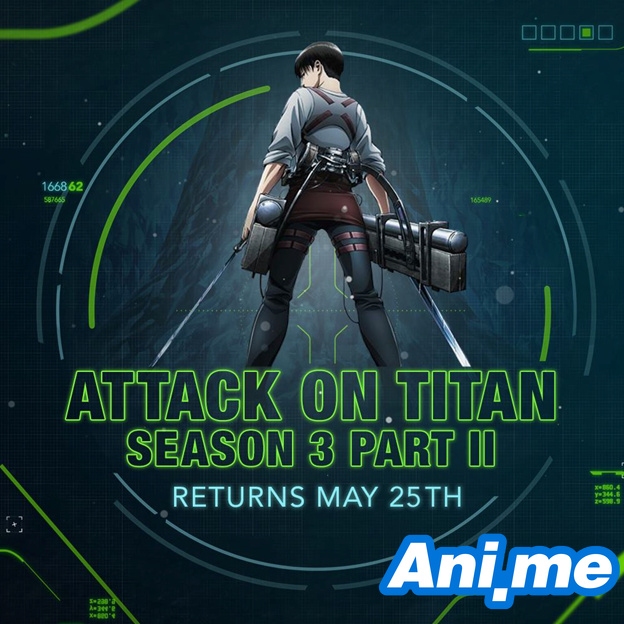 Heads up Toonami viewers! Adult Swim’s resident anime block just announced this Monday that the block will air 30 minutes earlier than usual starting on May 25. This is to make way for the premiere of Attack on Titan Season 3 Part 2. Check out the new Toonami line-up below:

The first part of the third season of Attack on Titan aired from July 23 to October 25, 2018, taking a hiatus by its twelfth episode. The season’s 13th episode started airing in Japan on April 29, with its North American TV premiere in Toonami set on May 25. In preparation for Attack on Titan’s return to Toonami, the block started airing reruns of its past episodes starting from season 1, episode 1 since March 2. Once AOT’s season 3 part 2 begins airing, the reruns will, of course, be dropped from the block.

By June 15, Toonami will also premiere Lupin the Third: Part 5 in its block, with the exact timeslot to be announced.

The first part of Attack on Titan’s third season ended at the eve of the Scout Legion’s siege to retake Wall Maria, with the ultimate objective of finally reaching the basement of Yaeger residence. Erwin also entrusts Levi with the newly-taken Titan Serum formula, instructing him to inject it into someone who will be in need of it—this directive will eventually be the cause of a major dilemma for Levi, Eren, and Mikasa.