Mob Psycho 100 Dub to premiere in Funimation on December 11

Mob Psycho 100 Dub to premiere from Funimation on December 11 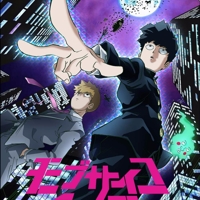 In its official website, Funimation announced on Friday that it will broadcast Mob Psycho 100 (Mobu Saiko Hyaku) Dub every week, starting on Sunday, December 11, at 9:30pm ET.

Mob Psycho 100 first aired in Japan last July until September, with 13 episodes produced by Studio Bones and directed by Yuzuru Tachikawa. It was streamed by Crunchyroll with English subtitles at the same time.

Synopsis from Funimation:
Kageyama Shigeo (a.k.a. Mob) is an 8th grader with powerful psychic abilities. Workingunder his not-so-capable master, Reigen, Mob uses his powers to exorcise evil spirits. But his will to be normal causes him to suppress his powers and feelings until he hits 100 percent — a point where his pent-up emotions are unleashed and a darker power takes over.

The Mob Psycho 100 TV adaptation anime series is based on ONE’s webcomic of the same title which began its publication on Ura Sunday in 2012, and later in 2014, at Shogakukan’s MangaOne app. Shogakukan also began publishing the series in 13 tankōbon volumes in 2012.