Winter 2017 brings in "Youkai Watch's" Fourth Film for the Franchise

An anime that makes the usually scary and bizarre beings that are youkai look strangely adorable, “Youkai Watch” is a show that takes a new spin on the supernatural genre involving youkai (demons or mythical beings in Japan). Telling the story of a world roaming with youkai yet invisible to the human eye and causing mischief where they can, “Youkai Watch” follows Keita in Sakura New Town. One day while out searching for bugs Keita stumbles across a strange capsule machine next to a scared tree. Upon opening one of the capsules he brings forth what is known as a Youkai Whisper and is introduced to the world of youkai and the adventures that come along with it.

Released in 2014 the series has reached over a hundred episodes now with two seasons under its belt as well as three films “Youkai Watch” has shown to be doing well so and is still in production. Now an announcement has been made by the staff of “Eiga Yo-kai Watch: Sora Tobu Kujira to Double no Sekai no Daibōken da Nyan!” a.k.a Yo-kai Watch The Movie: The Flying Whale and the Grand Adventure of the Double Worlds, Meow! Of a fourth film to be released at a stage greeting in Tokyo on Sunday.

So far the only details to be revealed on the film is of the time that it will be released which is in the winter season of the following year just like the films before it. Additional to this it has been said that the film will be having portions of both anime and live action with child actor Ryoka Minamide confirmed to play in the live actions portions as protagonist Keita Amano. Any further details than this is said to be announced at a later date but the most that can be predicted now is that the film will most likely open in the 3rd to 5th week of December like the previous films of the franchise 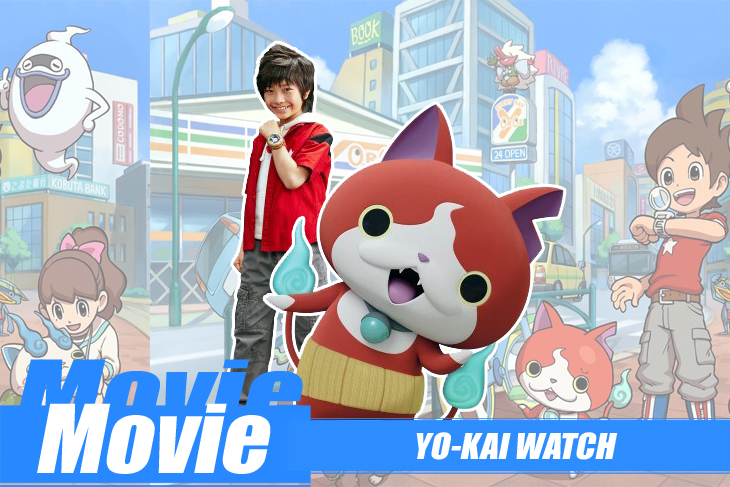 For more details of the announcement check here: AnimeNewsNetwork