The much-loved tale of Naruto isn’t about to just end yet.

Ukyō Kodachi and Mikie Ikemoto’s second compilation of Boruto manga revealed on Friday, December 2, that three Naruto Shippūden epilogue novels will be adapted by the anime series and will run from December this year until February 2017. 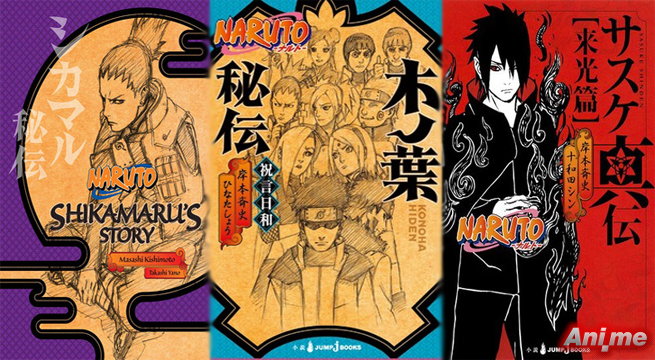 The first part, which is Shin Towasa’s Sasuke Shinden: Raikō-hen (Sasuke True Story: Book of Sunrise), started to air its premiere episode on Naruto Shippūden episode 484 last Thursday, and will continue to run for the whole month of December.

Sasuke Shinden: Raikō-hen’s story takes place after the end of the Fourth Shinobi War, when Sasuke, trying to atone for his sins, sets off on a journey to establish a new path. At the same time, Sasuke also tries to discover more mysteries surrounding the identity of Kaguya Ōtsutsuki.

The second novel, Takashi Yano’s Shikamaru Hiden: Yami no Shijima ni Ukabu Kumoy (Shikamaru Story: A Cloud drifting in Darkness), will premiere in January next year. The story in the novel starts when Shikamaru, as usual, lazes off the rooftop, watching the clouds drift by.

When Shikamaru sees one of Sai’s ink bird fly towards the office of the current Hokage, Hatake Kakashi, Shikamaru immediately rushed, eager to finally have news about the mysterious disappearance of a large number of ninjas since the fourth war ended. But as mysterious as the disappearances were, there’s something off with Sai’s letter, prompting Shikamaru to go on a mission.

On the other hand, the third novel, Takashi Yano’s Konoha Hiden: Shūgen Biyori (Konoha Story: A Perfect Day for a Wedding), will premiere on February next year. Naruto and Hinata’s marriage ceremony is near, and as the date for the this special occasion draws closer, Kakashi assigns everyone a secret mission.