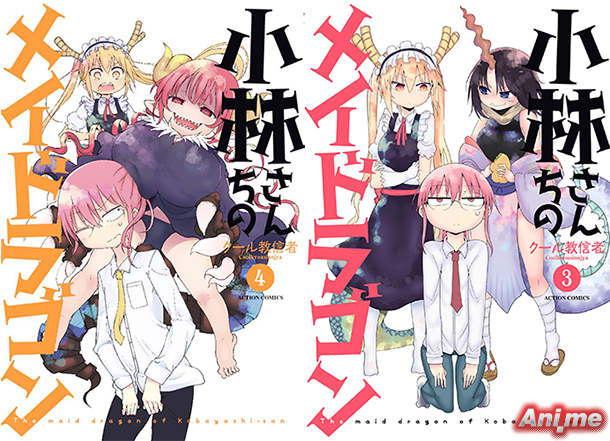 It has been revealed on Friday that Coolkyoushinja’s manga Miss Kobayashi’s Dragon Maid will be getting a spin-off called Kobayashi-san Chi no Main Dragon (Miss Kobayashi’s Dragon Maid: Kanna’s Daily Life) in the upcoming February 2017 issue of Futabasha’s Monthly Action Magazine. Shipping for this issue will start this December 24. Those who ordered their copies will receive a 2017 calendar featuring art from the manga series.

The spin-off series will follow the daily adventures and misadventures of the dragon named Kanna as she deals with everyday life like waking up, going to school, and playing with Saikawa. 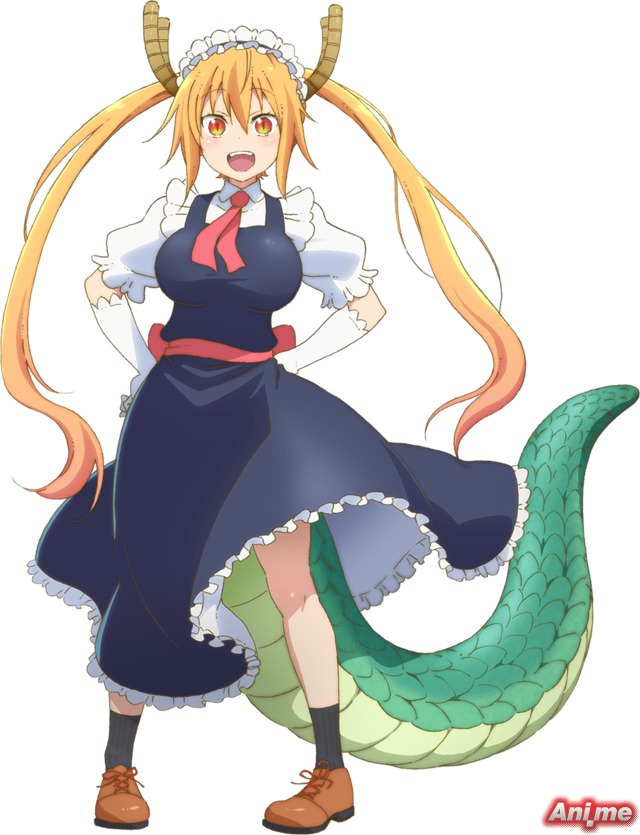 Here is a synopsis of the series as described by Seven Seas (official publisher of the original manga for the North America region):

Miss Kobayashi is your average office worker who lives a boring life, alone in her small apartment–until she saves the life of a female dragon in distress. The dragon, named Tohru, has the ability to magically transform into an adorable human girl (albeit with horns and a long tail!), who will do anything to pay off her debt of gratitude, whether Miss Kobayashi likes it or not. With a very persistent and amorous dragon as a roommate, nothing comes easy, and Miss Kobayashi’s normal life is about to go off the deep end!

For more information about this manga series, you can check out Anime News Network

Seven Seas, the publisher of the Dragon Maid anime is a publisher based in Los Angeles. They started out being dedicated to publishing original manga in the North American territories, but now it publishes manga and novels and internet comics that it has chosen to license. “World Manga” was coined by the company by its head, Jason DeAngelis. They have had some successes by being the first publisher to provide manga and graphic novels from Japan on the PSP platform, which got major attention from users. They’ve also worked with several other organizations and performers, such as the top-rated and high-selling Filipino group the J Brothers, who created a theme song for their web manga.