Classes resume for School Rumble fans as Jin Kobayashi’s one of the most-loved classic school-life manga returns this month.

School Rumble is a romantic comedy manga illustrated and written by Jin Kobayashi. The original story revolves around the short, childish-looking, high school girl named Tenma Tsukamoto who had a crush with her eccentric but distant classmate, Oji Karasuma. But to complicate things more, ex-delinquent Kenji Harima also had a crush with Tsukamoto. As both characters try their best to confess their love, circumstances seemed to enjoy in their struggle.

In its comeback special chapter, School Rumble will feature a sequel story that is centered around Tsukamoto and Harima.

School Rumble was first published in Weekly Shōnen Magazine from 2002 to 2008 under 345 chapters. Due to its popularity, TV Tokyo broadcast adapted School Rumble into a 26-episode anime that aired from October 2004 to April 2005. Funimation later produced the English version of the first and second seasons of the anime. 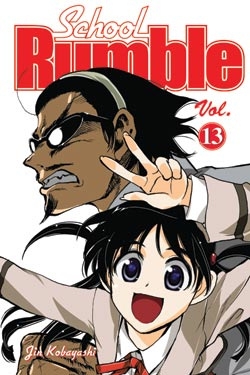