In almost every mystery genre of anime one can generally find crime, gore, or most often a high intensity of drama. But there are times where a mystery anime does not necessarily have these factors and “Hyouka” is one such anime in this genre’s line up. As an adaptation of an award winning light novel series entitled “Koten-bu”, “Hyouka” presents the story of the “energy conservative” Houtarou Oreki whom under the behest of his sister signs up for the Classics Club only to end up dragged into a 45-year-old mystery that surrounds the club.

Alongside him to solve this years old mystery is his club mates, the ever-curious Eru Chitanda, the laid-back but intelligent Satoshi Fukube, and the strong-minded Mayaka Ibara, as he uncovers not only the mystery of the club but other small mysteries that occur in their day to day life which Houtarou solves with the use of his resourcefulness and hidden talent while he struggles against deadlines and lacking information.

A mystery anime set in a school setting with a slice of life genre mixed in, “Hyouka” took a lighter turn in the aspect of solving mysteries. While it may currently not be the highest ranking of anime “Hyouka” is still regarded as a well done anime in itself. As of this year, “Hyouka” has joined the ranks in gaining a live action adaptation to be aired in 2017 and already has two actors set to play main characters Houtarou Oreki and Eru Chitanda.

Playing the “energy conserving” Houtarou Oreki is actor and model Kento Yamazaki, who already has been recently cast to play in other various live action adaptations of manga and anime such as for Ayuko Hatta’s “Wolf Girl and Black Prince” on May 2016, Naoshi Arakawa’s “Your Lie in April” on September 2016, Matcha Hazuki’s “One Week Friends” for February 2017, Shuichi Asou’s “The Disastrous Life of Saiki K” for 2017, and last but not least Hirohiko Araki’s “JoJo’s Bizarre Adventure: Diamond Is Unbreakable” for the summer of 2017.

With him to play female lead is actress, model and TV personality Alice Hirose whose highlighted live action adaptation role was in 2014 for Hiromu Arakawa’s “Silver Spoon”. Another recognizable film that she is recognized for however is 2010’s “Kamen Rider x Kamen Rider Double & Decade: Movie War”. 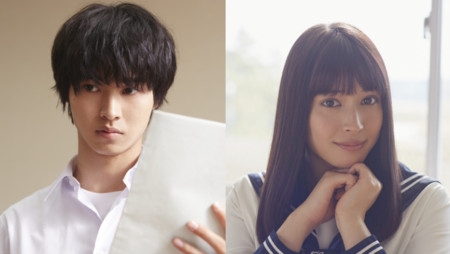