'Digimon World: Next Order Story' to be Released this January 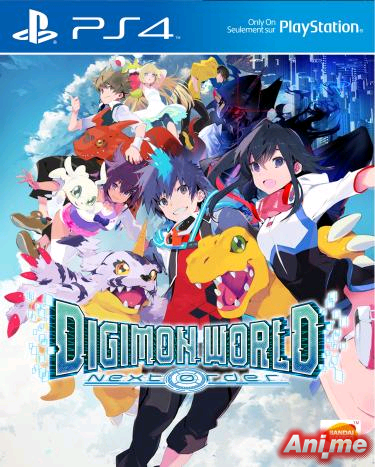 2017 will be a great year for die-hard Digimon fans! The upcoming PlayStation 4 game ’Digimon World: Next Order Story is set to release in the Europe and US this January 27 and 31 respectively.

Here is complete description of the game as revealed by Bandai Namco Entertainment:

Digimon World: Next Order begins when players are sucked into the Digital World to discover it is under siege by Machinedramons. Rescued by two Digimon from impending doom, players must forge forward with their Digimon partners and journey through the Digital World to discover the origins of the Machinedramon scourge and find a way back to the real world. Along the way, players will nurture and train their Digimon partners for battle as they progress through the game.

Digimon World: Next Order contains over 200 Digimon for players to meet, recruit, and interact with throughout their adventure. Digimon World: Next Order will also give players the choice of playing as either a male or female protagonist and enable players to explore the Digital World with two Digimon partners for the first time in franchise history. The key to finding a way back to the real world and stopping the Digital World from total destruction at the hands of Machinedramons will lie in building strong bonds and providing effective training for each Digimon.

The trailer video released by the game company also reveals cool pre-order bonuses for US players. A campaign to collect QR Codes related to the game is also announced for the Europe region as well.

Americas region pre-orders will receive soundtracks, an Adventure Aid DLC set, and a digivolution core for Omegamon. Check out the teaser for this highly-anticipated game below: