After dropping to #2 on its 10th weekend in the Japanese Box Office (due to the premiere of Death Note Light up the NEW World), Kimi no Na Wa (Your Name) returns to the #1 rank spot earning a total of 17.97 billion yen in ticket sales surpassing Harry Potter and the Chamber of Secrets (17.3 billion yen) and Bayside Shakedown 2 (17.35 billion yen). 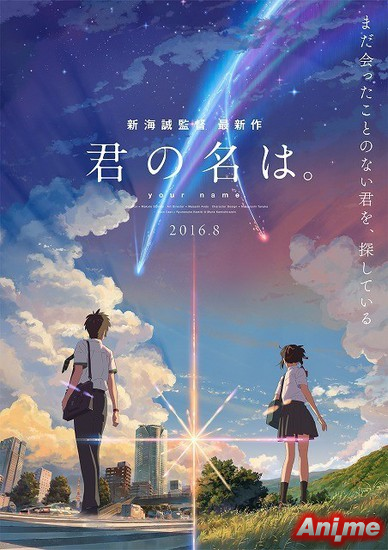 The chances of this Makoto Shinkai animated film to reach the 20 billion yen ticket sale mark is very high due to its record of 513,000 tickets sold over the weekend.

Premiered on August 26 in Japan, Kimi no Na Wa is a science fiction fantasy film which was inspired by a novel of the same name also written by Shinkai. Attendees of the Los Angeles convention Anime Expo last July 3 were able to witness the world premiere of the film earlier when he was invited as one of the honored guests. He also participated in the AX Q and A panel for those who wanted to ask him questions related to the film and his other projects.