Another announcement from the Fantasia Bunko Big Thanks Festival 2016 revealed an upcoming anime adaptation of Ryo Mizuno’s Grancrest Senki/Record of Grancrest War. Other details regarding the anime adaptation is yet to be announced. Ryo Mizuno is famous for his fantasy novel series like Record of Lodoss War (1988-) and Rune Soldier (1998-).

Record of Grancrest War is about the loner but genius magician Shiruka and knight Teo who have one ultimate quest: to find the Grancresto, the emperor’s sacred stamp that is known to be the crystal of order, amidst a chaotic continent. Fantasia Bunko started the light novel’s publishing on August 2013, and the eighth and latest volume will be out on November 19. Yostuba Makoto had been working on the manga adaptation of the light novel under Hakusensha since June this current year. 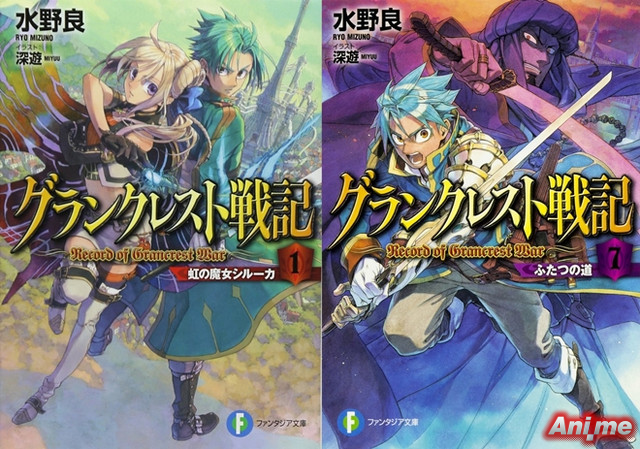 PV for the Novel