The Fast and the Furious: Tokyo Drift actor Satoshi Tsumaboki will be performing as the serial killer Frog Man, alongside Lupin the Third actor Shun Oguri who will be main protagonist detective Hisashi Sawamura, in the live-action adaptation of Ryosuke Tomoe’s psycho thriller manga Museum.

Rurouni Kenshin director Keishi Otomo will be leading the live action, while Warner Brothers Japan will release the film on November 12, 2016.

The manga’s story is about the case of “Devil’s Artist:Frog Man,” a mysterious serial killer who wears a frog mask, as his codename implies. Every time he leaves his victims, he also leaves mysterious memos in the crime scene. Detective Hisashi Sawamura works on the connections of the murders, and soon realizes that his wife and kids will be the next targets of the psycho killer Frog Man. 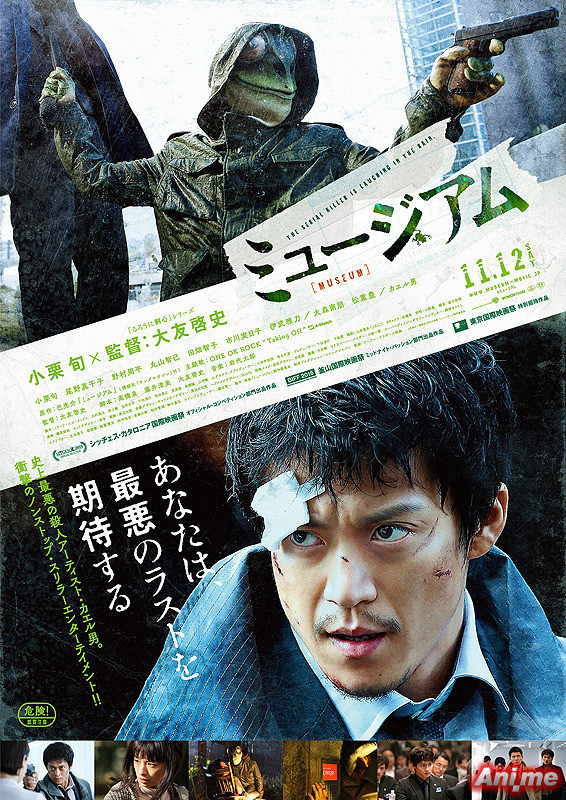