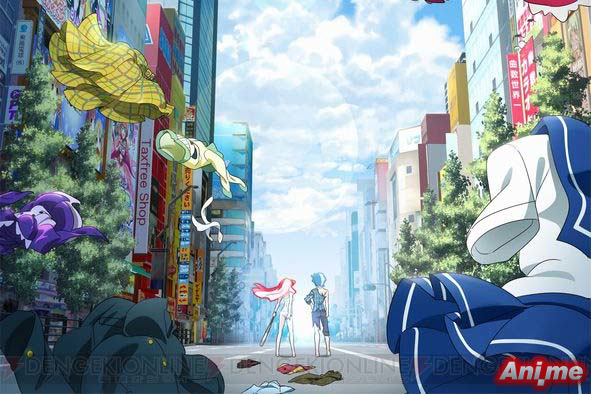 Akiba’s Trip is about the Akibahara shopping area being occupied by Synthisters who like to feed on the consumers’ social energy and will to live. The only way to stop them is to expose them naked under the sun, thus the creatures’ likeness to vampires.

The game’s first instalment was released in 2011, and was given a second in 2013. These first two instalments were given separate but finished manga adaptations which were released in 2012 and 2014, respectively. This November, their third game instalment will be available for PC and Android, with the title “Akiba’s Trip Festa!”

For more, read on The Asahi Shimbun.