YouTube channel GundamInfo announced that SD Gundam Sangokuden Brave Battle Warriors is available for free streaming in the said site, but only for a limited time. In addition, the series includes English, Japanese, and Korean dub versions, and it seems that the free streaming is limited to several areas only.

The anime series was originally aired from April 2010 to March 2011, and depicts a cute retelling of the Chinese classic “A Romance of the Three Kingdoms” with the use of SD Gundams. It consists of 51 episodes with roughly 12 minutes each.

To access the free streaming, click the video below, and then select the language dub of your choice. That will automatically redirect you to the first episode of the series. 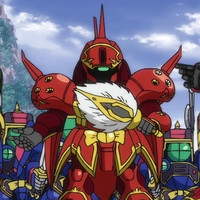