An all-new TV special for Osomatsu-san will be expected on TV Tokyo this December. Although the exact date and episode length are yet to be revealed, its availability on the web after the day of airing is confirmed. 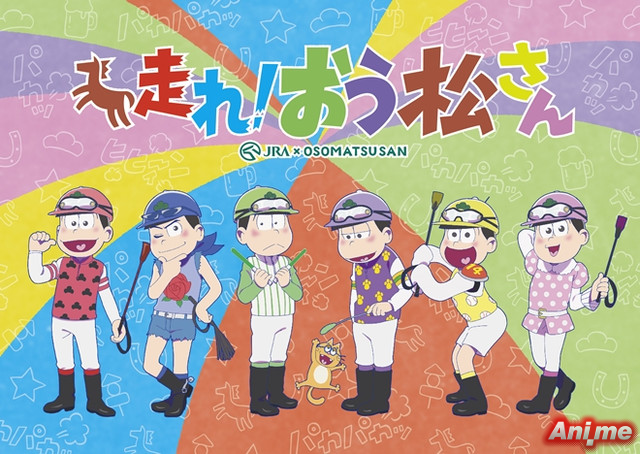 The Japan Racing Association x Osomatsu-san project is based on Osomatsu-kun, a 1960s classic gag manga by Fujio Akatsuka. There are already three TV anime adaptations for the manga, and the third one was aired with 25 episodes from October 2015 to March 2016.

Furthermore, the project also includes Mutsugo to Ouma n Monogatari / The Story of the Sextuplet and the Horse, which is a six-episode web movie series produced by Studio Pierrot, and the first episode is already available today. Thirty-second anime CMs are also included and the first one will be available by mid-October.