Aside from the expected live-action film Higanjima Deluxe on October 15, the first episode of Higanjima X will also be streamed on YouTube and Nico Nico Douga on the same date. The series contains 12 episodes and is based on the manga Higanjima created by Kouji Yamamoto.

Higanjima’s story starts when Akira Miyamoto’s brother Atsushi going missing. Because of this, their family business flops and their father becomes a drunkard. Akira becomes miserable too because their parents always compare him to Atsushi, and Yuki, the girl he likes, already has a boyfriend. One day, Akira meets Rei Aoyama, who was unconscious in front of their house. Rei shows him Atsushi’s ID card and confirms that his missing brother is still alive but trapped in Higanjima Island, in which vampires live. With the help of his friends and in the guise of a graduation celebration, Akira sets to go to the island to rescue Akira. On their way there, trouble arises with vampires attacking their boat and capturing their group but excluding Rei. They eventually escape and meet Atsushi on the island. With his help, Akira and his friends start their training for the war against the army of vampires.

The anime series project overseer is Judai Hiromitsu, who is also the visual effects supervisor of Higanjima Deluxe. In addition, CATMAN and Kamiusagi Lope’s Ryosuke Aoike acts as the director. 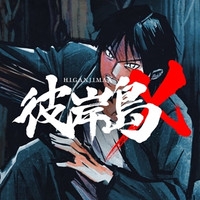