Akiba Souken conducted an online popularity poll regarding the anime series of Summer 2016, and Love Live! Sunshine!!! ranked highest with a tally of 6,225 among 16,148 votes. The said survey was conducted from September 21 to October 9, and the otaku respondents were given three times to vote for their favorites from June to August.

Funimation’s Love Live! Sunshine!!! is about nine teenagers from the Uranohoshi Girls’ High School in Numazu City, Shizuoka Prefecture. Their group leader is Chika Takami, and their group has one ultimate goal: to be the latest dazzling school idols. Together, they start the “School Idol Project” all in the name of glamour and popularity. 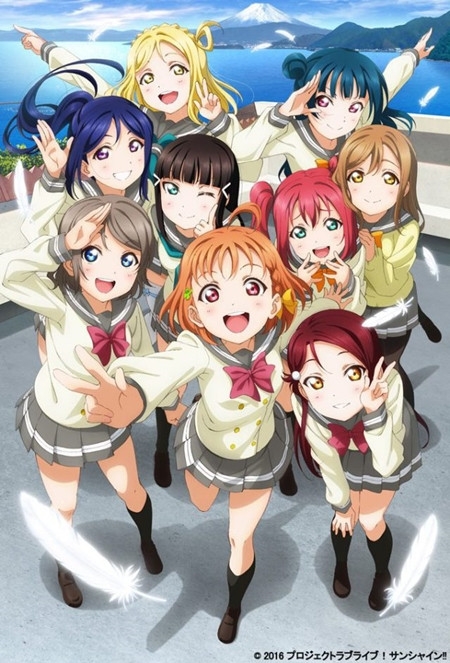