The otome game Meiji Tokyo Renka is getting its own anime series, and it is now presently worked on by Brocolli. The franchise is all abou Mei Ayazuki, a normal high schooler who time travels to Japan’s Meiji period, and the love interests she meets there.

In 2011, it was originally released as a mobile game under Dwango Mobile’s Animelo Deargirl, and in 2013 as a PSP game under Brocolli. Also, two anime feature films known as Meiji Tokyo Renka Yumihari no Serenade and Hanakagami no Fantasia were released in Japan in July 2015 and May 2016, respectively. A stage musical adaptation was also done last June, with the title Oborozuki no Chat noir.

Here is a list of the main voice casts for the series:

OP movie for the mobile game

OP movie for the PSP game 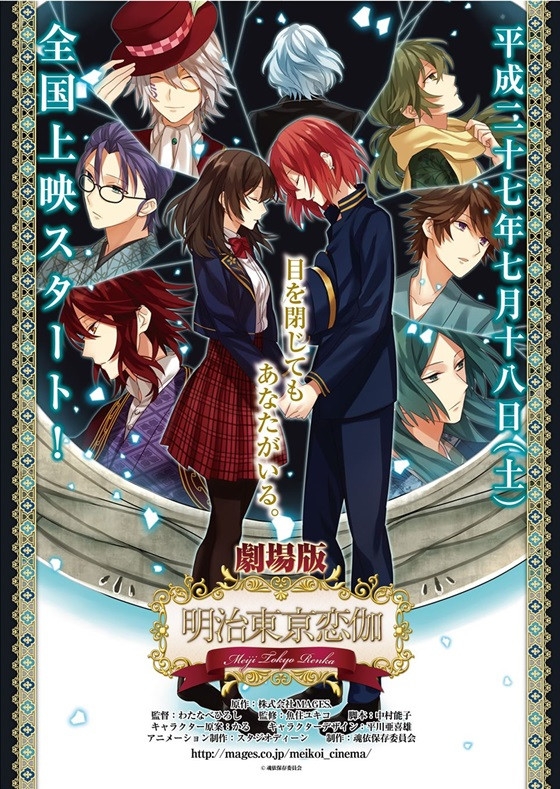