Last month, we announced that the beloved hit movie Summer Wars will be joining the Hosoda Collection, our premiere line of premium Blu-ray/DVD + Ultraviolet releases of the extraordinary films of director Mamoru Hosoda. Today, you can get a peek at what this release will look like—and a special preview excerpt of one of the interviews with the director!

Like The Girl Who Leapt Through Time’s release in the Hosoda Collection line, Summer Wars comes in a handsome clear sleeve, as well as an exclusive 52 page book of artwork, interviews and more. (Plus, as we mentioned previously, if you pre-order on Funimation.com, you’ll be entered to win a huge Summer Wars theatrical poster signed by English voice of Kenji, Michael Sinterniklaas.)

This art book is really special—not only does it include concept/character art and an interview with director Hosoda, you can also read about the film from pretty much every principal creative mind that touched the release, a real treat for any fans of, well, any aspect of anime, from animation to voice acting to music to writing and so much more. Interviews include: 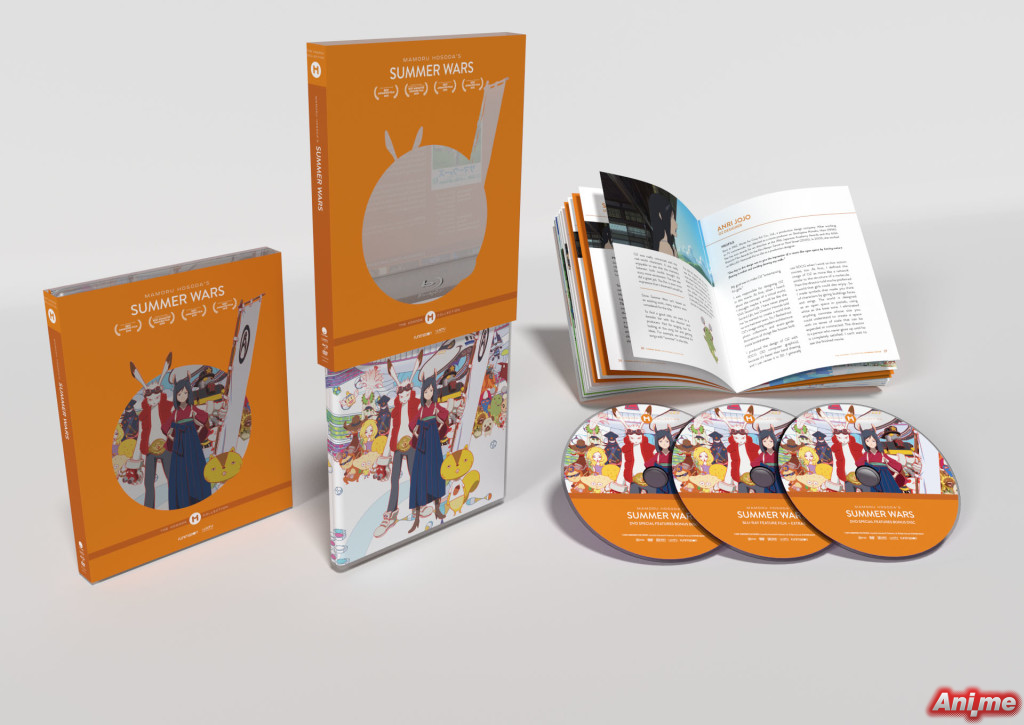 The clear sleeve’s includes film vitals and reveals the artwork underneath. To make sure your clear sleeve arrives in pristine condition, we’re packaging the art book and disc case together and slipping the clear sleeve on top, rather than shrink wrapping everything together, in order to prevent warping.