There’s this old saying that goes like this: the easiest way to a man’s heart is through his stomach. But somehow there are several anime personalities who have tummies so deep that it would take a lifetime to reach their fat-driven hearts. 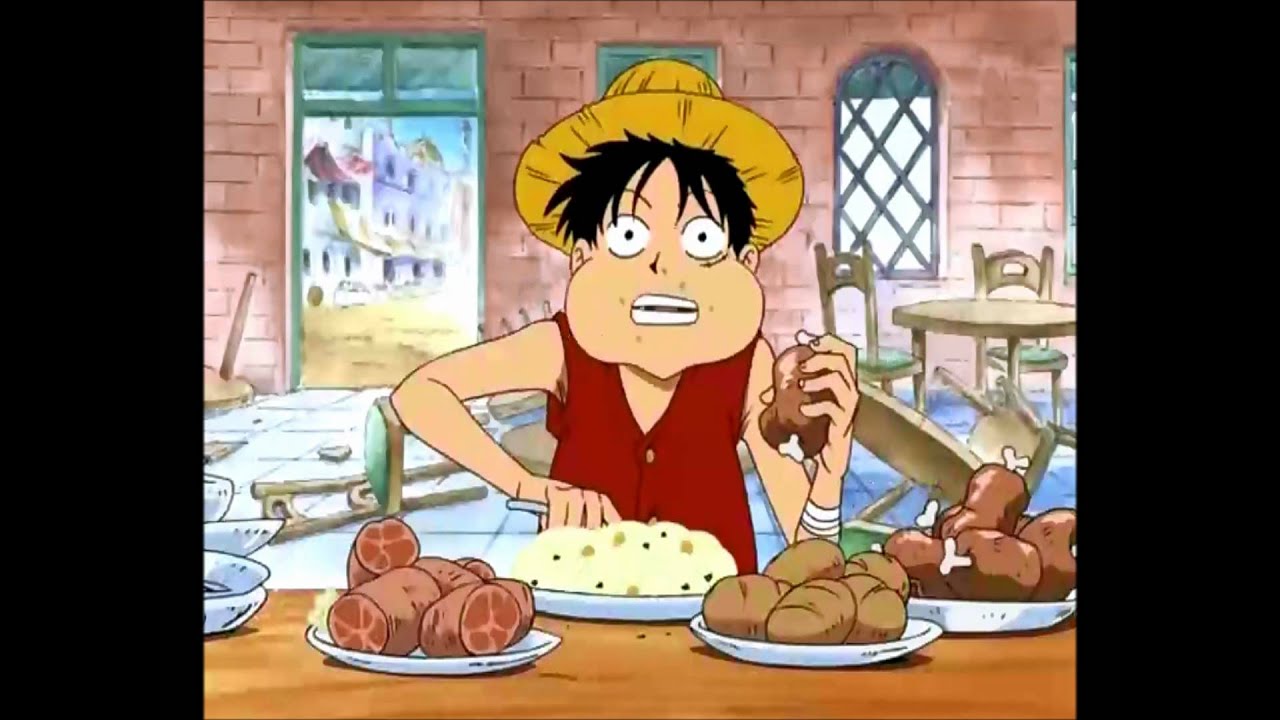 1. Monkey D. Luffy from One Piece
Our straw-thin Straw Hat tops our list for the sin of gluttony. In case you want to dine with him, you should definitely eat your ration quickly, or else those rubbery arms of his will take it from you within a split second and you wouldn’t know what happened. 2. Son Goku / Kakarot from Dragon Ball
From childhood until the afterlife, our greatest Super Saiyan hero never outlived his voracious appetite. The envious Vegeta can’t even win in an eating contest with him, nope, not even Gohan. For average fighters, eating before a tournament match is a no-no, but Goku loves to do the opposite. 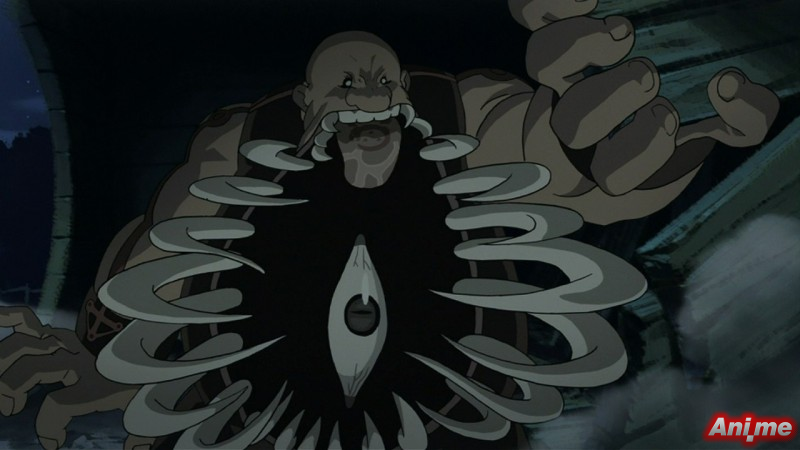 3. Gluttony from Full Metal Alchemist
And we’re back with FMA homunculi with their very own concrete version of the deadly sin. This creature likes to eat a particular dish though: live female humans. This could be just brought to him by Father’s dark power, but Gluttony seems to be innocent and often friendly. He also doesn’t seem to know that he kills people when he eats them.

4. Titans from Attack on Titan
In general, these antagonists from the series do not really need to eat humans, but they still do it anyway. When their stomachs get full, they just regurgitate the remnants of the disembodied humans and look for others to eat. But according to some, these giant beasts have a real and dark purpose on why they do these cannibalistic deed—to eat a Titan shifter and be one themselves. 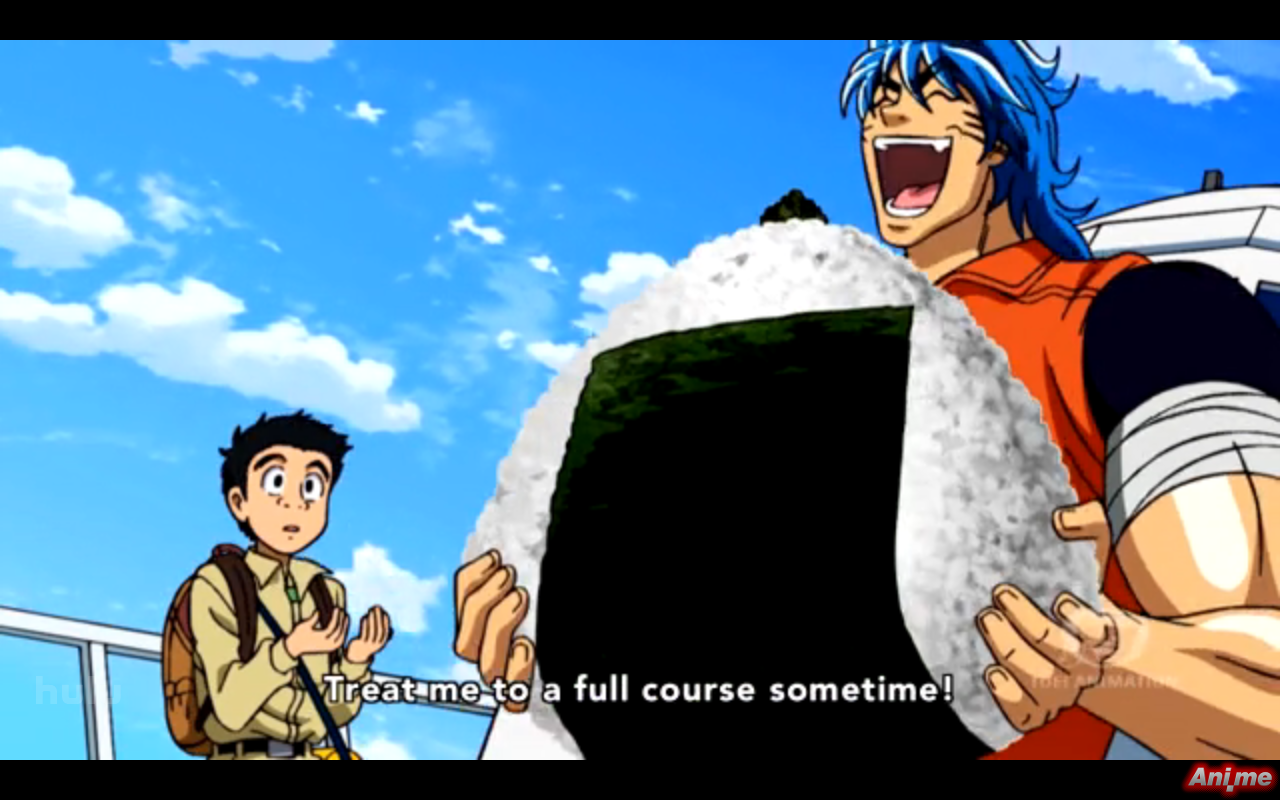 5. Toriko from Toriko
Toriko the Gourmet Hunter, or more commonly called “The Glutton” is known for his food-obsessive quotations such as this: “If a plate of food is in front of me, I won’t leave any left even if it kills me.” It takes 50,000 human servings for him to satiate his insatiable hunger. Also he is after the holiest of the holy ingredients called GOD so he can add it to his Full Course Menu and his 6,000 varieties. 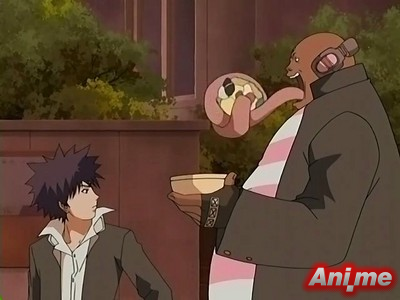 6. Buccha from Air Gear
The former leader of Yaoh and now Kogarasumaru’s tank is obsessed with food, to the extent that he entered a Parts War with Ikki so that he can eat his crow. However, the food he eats doesn’t stay as fat—the nutrients he gets are the foundation of his body’s muscles.

7. Choji Akimichi from Naruto
The 16th Head of the Akimichi clan hates being called fat, and he is quite insecure about it. However, he has his own reasons of eating so much, aside from the fact that he is almost always hungry. The Akimichi clan members use their body fat to execute their bloodline’s forbidden specialties in case the need arises. 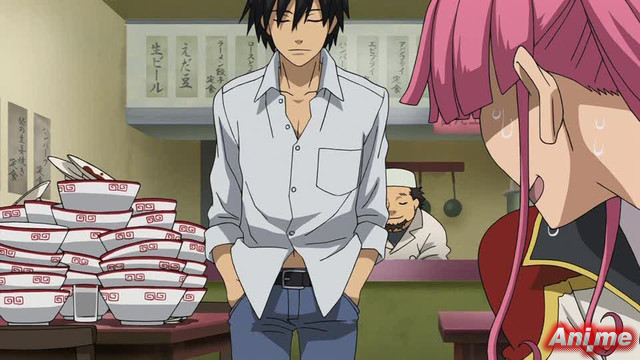 8. Hei / Li Shengshun from Darker than Black
The Black Reaper is a slim man, but his appetite doesn’t quite fit with his body fat, or the lack of it. There is a scene where Chiaki offers to pay for his food at a restaurant and he accepts the offer. The thing is, his orders were far too much from her expectations. Hei was surprised himself with her reaction, because it was far less than he does usually eat. Maybe his job was too stressful that all of the nutrients go straight to his brain. Let’s wait when he turns 30.

9. Natsu Dragneel from Fairy Tail
It is not surprising to see Natsu piling up ramen bowls and meat bones when he sits on the guild’s dining area. If you have seen the series yourself, you will see that this hyperactive Dragon Slayer can even eat lightning. He has a dragon’s appetite to say the least. 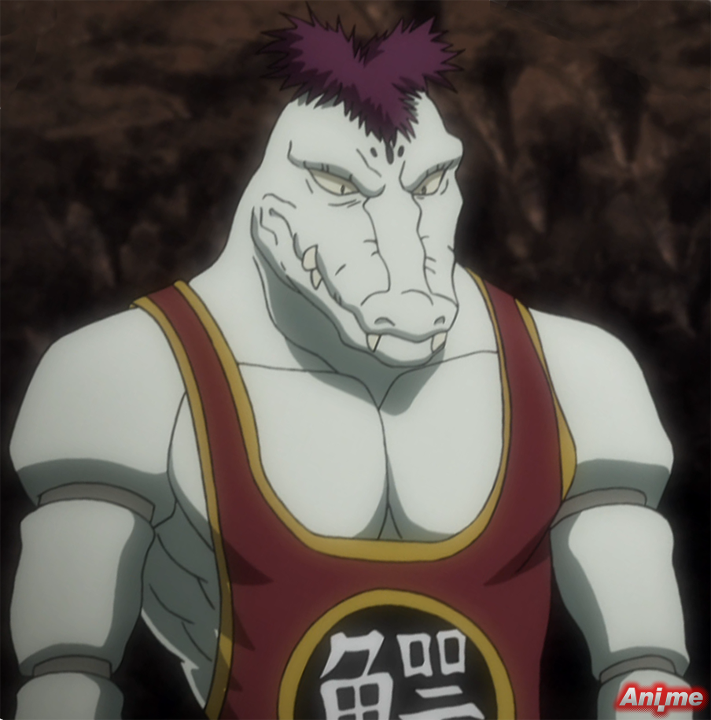 10. Alligator from Hunter x Hunter
The former Chimera Ant Squadron leader is quite the eater himself. As a self-proclaimed “Glutton King,” he would eat everything he wants to and whatever he can find—even the scraps.