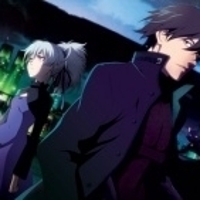 A side story of Darker than BLACK, also known as Episode 26. A Contractor was killed and it was rumored that his corpse and possessions were buried under a Sakura tree. Hei and the others (including the Police) decide to investigate.
(Source: MAL)