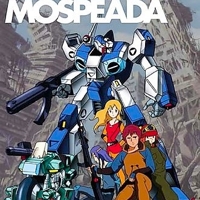 In the 21st century, Earth’s pollution problems result in the development of a new hydrogen fuel called “HBT” as an alternative to fossil fuels, while mankind colonizes Mars. In 2050, a mysterious alien race called the Inbit invades Earth. Unable to fight off the Inbits, Earth becomes desolate with only a few pockets of human beings scattered throughout the planet. Many of the refugees escape aboard a few remaining shuttles to seek shelter on the Moon. The Inbits set up their main base of operations on Earth, called “Reflex Point”, in the Great Lakes area of North America.

However, the Mars colony, dubbed the Mars Base, does not forget about the plight of Earth. Troops are sent in to fight the Inbits from the Moon, only to fail miserably. The Inbits do not attack Mars and show no interest towards the other planets. Surprisingly, the aliens show no hostility towards humans unless they are directly provoked. The Inbits can also sense the presence of HBT and use of the fuel is limited under their supervision, as HBT is a common component in weapons technology. Mars Base becomes a gigantic military factory, producing vast amounts of advanced weaponry and trained troops. In 2080, Mars Base sends in the next wave of troops called the Earth Recapture Force – but it is virtually destroyed despite a technological advantage including the deployment of transformable mecha.

Mars Base deploys the Second Earth Recapture Force three years later but suffers a similar fate as the first fleet. Legioss pilot Stick Bernard turns out to be the only survivor as he crashlands in South America, but his fiancée, Marlene, is killed in the chaos. A holographic recording of Marlene given to Stick just before the operation began gives him the strength to move on and avenge her death. In his quest to reach Reflex Point, he meets the other main characters of the show, forming a group of ragtag freedom fighters in a quest to rid the planet of the Inbit.

Anime Rating
8.1/10
17 users rated this.
Similar in these categories.